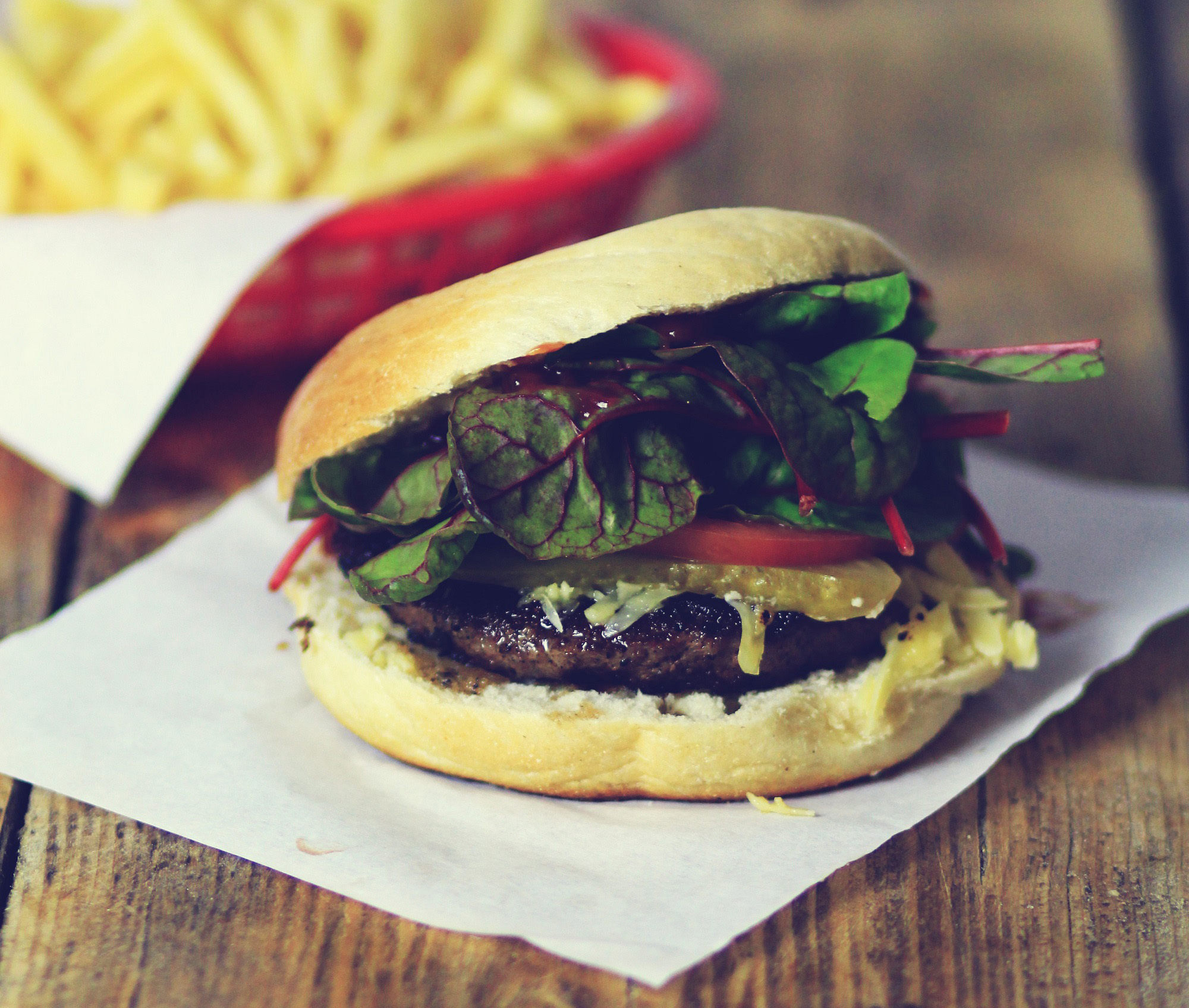 How did the business start out?

We opened as a pop up in Elbow Rooms in 2012. They didn?t want the difficulties of doing food, so we used their kitchen and were able to sell bagels out front. We ran that for a year, but it didn?t fit with our brand. We opened the second pop-up shop in Shambarber on March 2013. We were doing festivals already, but we did six that summer. We got this place [the restaurant] on the 3rd of November last year. How did the two pop-ups work out? Pop ups are good because people who haven?t seen your brand before get to experience it. We were hoping to stay at Shambarber longer, but we were struggling to get people down the stairs [because the restaurant wasn?t on street level].? It was taking a huge amount of energy out of us and we learnt from that. This location [the restaurant] is now taking more money than both were previously. Also, if we were going to go back there we would get somewhere with a license. What about the leases? For the Elbow Rooms we printed an agreement from the internet for a 30 day lease with very flexible terms, which fitted on a single A4 piece of paper. With Shambarber we used a similar agreement that covered a year?s lease.? It was a friend of ours that ran the business and when it came to leaving earlier, they brought it up with us. The informality was great and they were happy for us to move on. What lease have you taken on the restaurant? In our current locations we?re on a five year lease. It was a bit daunting, but it?s better to get a long lease and you get break years, which means you can either break it or sell the lease on. It saves legal costs and works a lot better. How did you get the funding to open the restaurant? We initially tried the banks, but we didn?t have any trust. When you?re dealing with a bank it?s on the phone with someone in Leeds. Now the bank?s being more lenient and has offered us an overdraft. When you need it less they are more likely to give it to you. In the end we were helped by South West Investment Group, which invests in entrepreneurs that are under 30. If you had a credit report and a business plan they would go from that. If you were okay at the moment that was fine and it wasn?t such a problem if you had missed a payment or two in the past. The loan is a fixed rate for five years, it works like a personal loan and we?re personal liable. They also provide a mentor who we see every quarter. Friends invested, but that wasn?t the majority of funding. The value went up rapidly, but we have to make sure there?s not going to be any hard feeling if there?s a problem.

Was it difficult to find a location in the city centre? It took us four-five months to find this location. There are lots of places, but they didn?t have an A3 licence [which covers Restaurants and caf?s], and you would have to get a consultant in [to look at planning permission] and that becomes quite expensive. This part of the street has been quiet for a while, but it?s starting a bit of resurgence. We are very lucky to have St Nicholas Market around the corner, which means you get busy lunchtimes. Relying on evening trade would be tough. What research did you do on the area? Between us we have a lot of local knowledge, we would have to do a lot more research if we went somewhere further afield like Exeter, but we came down to the location at different times of the day to check it out. Was it difficult to get a landlord to take you on? It was the fourth place we looked at. Being small, new and young can put people off. A lot of landlords live in London. What are they going to think about two lads from Bristol that run a pop-up shop?? Obviously if someone from subway came along and said they would take the location they would go for it immediately because they know they can sign them into a 20 year lease and they don?t have to worry about the money. That will get easier as we get bigger. You need to be as professional as possible, whether it?s in emails or meetings, and give off that confidence that you know what you?re talking about. What was it like hiring staff? Our manager had a lot of experience in bars and restaurants, and it was winter so we were able to take on staff from other businesses we know that were quiet. The best way is to hire people who are keen and hardworking as staff and then promote them, if we have to hire a manager off the street it?s going to be a leap of faith. What about the refurbishment? We opened in two and a half weeks. I wouldn?t recommend that to anyone. If anyone wants to know how long it takes, it?s not two week, it?s probably about four. That said, don?t hang about. We did a lot of the work ourselves there were different things we should have left to the professionals. For example, we realised some of the sockets were in the wrong place ? make sure you get your utilities right before you start fitting a place. What else would you do differently? Have a bit more of a buffer money wise. Opening day was nervous we owed a lot of money to suppliers. Have enough staff to be 30-40% busier than your opening day. Be optimistic about how busy you are going to be. Obviously don?t go spending huge amounts on kitchen equipment, but be prepared for it to be busy, to be operational. Are you looking at new locations? We have a formula that we can replicate. If we could find somewhere tomorrow we could take a place on and open within a few weeks. We have a short amount of time before the summer, we?d like to open another location before April otherwise we?ll have to wait until things quieten down again. We want to take advantage of the people who are talking about it while there?s a buzz. Bagel Boy?opened its first permanent location on 39-41 St Nicholas Street, Bristol, in November last year in what was previously an Indian restaurant.?