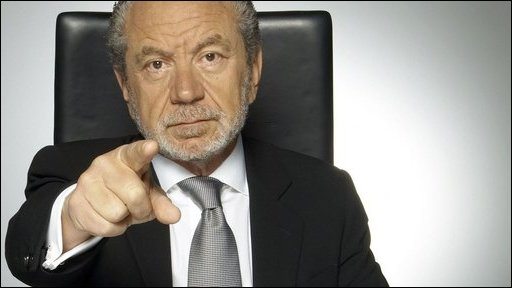 I’ll admit it. I was glued to this year’s Apprentice final and, joined by around six million others; I was clearly in good company.

Watching this final episode and waiting to see who would be crowned winner, got me thinking: “How does someone deal with losing a reality TV final, especially after surviving months of eliminations and evictions?”

We have all been there when looking for a new role – getting through multiple interviews, seeing the competition falling by the wayside and then being told that you didn’t make the cut. It’s both mentality and physically draining, which you then have to pick yourself up from and do it all over again.

Here are four things I think we can all learn from reality TV contests, when faced with interview rejections.

1. Take the rejection with pride!

It may sound harsh, but the first thing to remember is that it is not the end of the world. It might feel like it, especially after you’ve invested so much time and effort into the process, but you can’t afford to throw a tantrum, mope around or rant at whoever comes bearing the bad news.

Why? Because not only will you come across as a poor loser but you’ll also burn bridges with that company for any roles that may come up in the future. Yes, its fine to show how passionate you were about the job and how disappointed you are, but you must stay professional throughout.

So make sure you thank everyone for their time, show your willingness to deal with the company again and move on.

Famously, X Factor contestant Zoe Alexander does the exact opposite of this when she’s told she won’t be going through to the next round – disagreeing with their decision, being confrontational and generally throwing a strop. She’s not exactly going to make any of the judges’ change their minds with an attitude like that – in fact, if anything, it further backs up their initial decision.

2. Learn from your experience and get back out there

No interview is ever a waste of time, even the ones where it seems the journey there was longer than the actual interview! An important rule to remember is that when you get rejected, you ensure to ask for feedback to help you next time – all feedback is useful!

This gives you the opportunity to learn from the experience, find out what you need to work on and improve it for your next interview.

There are so many examples to choose from when looking at reality TV ‘losers’ who went on to become successful – for example, R’n’B singer Lemar finished third on Fame Academy back in 2002, but went on to win two Brit Awards and three MOBOs. Ruth Badger, who came second in the 2006 series of The Apprentice, now runs her own consultancy firm.

3. Use the experience to try something different

Another advantage of asking for feedback is finding out what the interviewers were impressed with. This is a great opportunity to reassess your CV and think about things a little differently.

Just because you’ve been working in a particular role, doesn’t mean you necessarily need to apply for the same type of role in your new search. Have a look at your CV and see what skills are transferable – could you use them in different environments or industries?

All five members of One Direction initially auditioned as solo artists for X Factor in 2010. After being told they weren’t good enough to progress on their own, they were put together during the show. If you’ve been near a radio in the past 12 months, or have a young daughter, you’ll know how the rest of the story goes…

4. Give it a go and you might get lucky

Don’t be put off when applying for new roles just because you don’t have the exact skill set required. If you think you’re a good match, but don’t have quite all the skills outlined, boost the ones you do have in your cover letter and explain how you’ll learn the rest. Employers have been known to overlook some areas if they can see that you’re enthusiastic and that your personality fits in with their company culture.

Reality TV shows are full of contestants that don’t necessarily have the right skills to get to the end, but these contestants manage to stay in because they are able to connect with the audience or become popular with the other contestants. Great examples are at Jedward from X Factor or Stuart Baggs “the brand” from The Apprentice to name just two.

So, there you have it. Four pieces of career advice that we can all learn from the likes of Simon Cowell and Alan Sugar – I never thought I’d be saying that!