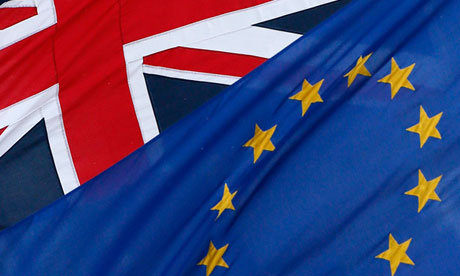 A higher risk premium across UK financial markets is likely to persist in the interim to June 23rd, with sterling most likely to be the lightning rod. We have already observed the UK currency’s meaningful depreciation since David Cameron announced the new settlement with the EU, having fallen six per cent on a trade-weighted basis since the start of the year. UK equities and gilts have remained fairly resilient so far, swayed more by global considerations: the US interest rate cycle, China and commodity prices.

Nonetheless, Brexit headlines between now and June have the potential to create toxic vapour that are unlikely to be helpful to UK financial markets. It is obviously difficult to predict the electoral outcome, but also since there is no precedent we should be wary of making sweeping statements about the potential financial market implications. We assume that a vote to stay in the EU would be seen by investors as largely business as usual and greeted with relief, much in the same way as the post-relief rally following the Scottish referendum result in 2014.  Broadly, though, the proposed agreement with the EU does not appear to change the economic framework to any great extent, nor does it appear likely to significantly impact the inward flow of European labour, which has helped to keep UK wage growth relatively modest, to the benefit of the corporate sector. Overall, therefore, a vote to remain within the EU on renegotiated terms would be taken as a net positive by the markets, especially in light of the UK’s current account deficit of 4.2 per cent of GDP and the UK’s high dependence on foreign capital flows to fund it. We expect some of the risk premium being built into UK assets, particularly sterling, to unwind. The UK gilt market may sell off moderately, particularly if there has been a risk off trade in advance of the decision, but longer-term economic fundamental dynamics will continue to drive bond yields, which should be ultimately positive for gilts, and in particular there would be no clouds overhanging the UK’s sovereign credit rating. Investors will also, as ever, prefer the certainty of the new regime over the current uncertainty, which, all other things being equal, should help the bid for sterling assets, including gilts and equities. Finally, UK property assets should also enjoy continued support from overseas investment flows. Read more about Brexit: The consequences of leaving are of course more uncertain, both in terms of the mechanism of leaving (which has not been tested) and the length of time to achieve it; although two years is timetabled, it is open to question as to whether this is achievable. The negotiations could be messy and protracted, and the EU will want to maintain a firm hand to avoid encouraging other potential exit candidates. Furthermore, we would expect UK economic growth to contract if external demand for services weakens and confidence is undermined, resulting in slower consumption that might hurt growth, employment and wages. In theory, an “Out” result would be negative for the UK gilt market since there will be questions around the UK’s ability to maintain its AAA sovereign credit rating (although ultimately we do not believe this to be a significant factor) and the threat of capital flight, given the UK’s rather sizeable current account deficit which needs to attract foreign buyers. However, in reality, there will probably be few places to hide among UK assets, and gilts may offer the safe haven, risk-off trade, particularly if Bank of England interest rate hike expectations are pushed back as a result.  The gilt market is a predominantly domestic-owned market, notwithstanding that foreign ownership currently stands at an all-time high. We expect the Bank of England to counter the negative effects of any potential international selling of gilts as it has the capacity to absorb non-domestic-owned bond sales through a new round of quantitative easing. Such action could be justified on the basis of the need for central bank support to lower funding costs through the transitional period of the UK leaving the EU. More than half of the UK equity market is owned by overseas investors and it could be vulnerable to weaker sentiment in the short term, particularly among financials and exporters to Europe. That said, large-cap UK indices are driven more by global factors and heavily skewed toward cyclical sectors, such as mining and energy, which are in aggregate beneficiaries of a weaker sterling. Over the longer-term, uncertainty is likely to weigh on the financial sectors, as investors struggle to understand any new regulatory regime. Clearly if the UK were to leave the EU, we would expect headline noise questioning the validity of the overall EU project. German assets would most likely see a safe-haven bid for euro-based investors in the short term, as equities and bond markets in periphery countries (for example, Spain, Italy and Portugal) could be vulnerable, although a weaker euro could prove beneficial over the longer term to the euro-area’s external economy. Furthermore, the UK’s potential departure would create a funding gap that would have to be filled by other countries. In 2014, the UK’s net contribution to the EU’s budget was €4.93bn, or 19 per cent of total net contributions. Current net-contributing nations may push for expenditure cuts, while net receivers may ask other countries for greater contributions. Future budget negotiations would therefore have a further layer of complexity.  These issues could raise questions around the impact on funding costs of EU supra-national borrowers. For example, could a potential UK departure and the associated loss of UK guarantees lead to ratings downgrades for the EU and the European Investment Bank and thus increase their borrowing costs? It is possible, but in the current climate we expect the impact may be marginal. Brexit would likely have far smaller financial repercussions compared with the exit of a eurozone country, since the UK has its own currency and fast outflows of bank deposits would be far less likely. With much of the UK exposures most likely funded in sterling and therefore hedged against the currency risk, it would take a very large and persistent swing in the exchange rate, and potentially large-scale defaults in the UK, to actually create a significant impact negative on the rest of Europe. Michael Stanes is investment director at Heartwood Investment Management.