We are only a few days into 2018, but already we have had a powerful demonstration of female determination for change at the Golden Globes awards and “that” Oprah Winfrey speech. At almost the same time, BBC’s China editor Carrie Gracie resigned from her post, accusing the corporation of gender pay discrimination.

For years, gender equality has been on the agenda. But now it really feels like perspectives on gender might really be changing. It has even become something brands have to get right in order to interact well with consumers and stakeholders through 2018 and beyond.

Linked to this are the new gender pay gap reporting rules. It will require any company in the UK employing over 250 people to publish the gap between average male and female pay by April this year. The results from the first 500 companies have already hit the headlines – there were graphic disparities. At Phase Eight, for example, men were paid nearly 65 per cent more per hour than women. Nearly half of organisations pay men at least per cent more.

With thousands more companies due to publish figures between now and April, the call for business perspectives on gender to change will only stay – and grow – in the headlines. So what does this mean for brands, especially when it comes to marketing and communications? For me, it means bosses need to be on high alert. Campaigns that are out of touch or use crude gender stereotyping are likely to be negatively received.

FMCG giant Unilever has led the way with the launch of its Unstereotype Alliance that a raft of major brands including Facebook, Google and WPP are signed up to. Unilever also made a commercial case for this, saying progressive advertising is 25 per cent more effective in delivering branded impact. 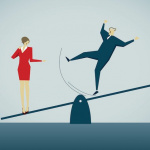 An in-depth study of job adverts across the UK has suggested a trend of “gender-coded language” is sweeping the nation..

There’s no doubt employers generally have become more conscious of gender and have upped their game – but there is still a long way to go. A good example of this was the study by Let Toys be Toys of last year’s Christmas toy catalogues from major retailers which found that girls were twice as likely to be shown playing with kitchens or other domestic toys. Boys were four times more likely to be found playing with cars.

The Advertising Standards Agency (ASA) announced new rules this year to ban “harmful” perspectives on gender in advertising. There will be “stronger regulation” of ads that feature roles that can be harmful to people, including ads that mock people for not conforming to gender stereotypes. It said: “Harmful stereotypes can restrict the choices, aspirations and opportunities.” The ASA will be consulting on its new rules this spring – so expect to see a lot more on this soon.

It needn’t be difficult. It’s a case of stepping back from any planned marketing campaign and asking yourself a few simple questions:

Another crucial point to grasp is that this is not just a marketing exercise. It is all very well having your communications on point, but what is the situation within your own organisation? Does the culture internally match how you project yourself to the outside world? What is your gender pay gap and how will you communicate around this?

These are issues every organisation is grappling with, so you should not try to hide the results. There is an opportunity to be open and constructive and show you are serious about progressive change. Businesses that are out of tune will suffer the consequences. 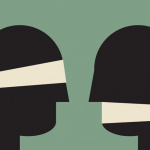 Having touched on themes such as succession and skills, Jan Cavelle explains how issues with women amongst staff also pulled her business under the waves.. 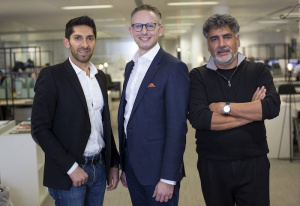 Why I’ve gone into business with James Caan

Are they a narcissist? Top tips for working with a difficult person