And given that, I want to provide an insight into the world of global business, to share what I have learnt along the way on how to make an export success out of the company – particularly as we approach Brexit.

The single biggest issue which businesses and individuals alike have been focused on over the past few months is Brexit. A strong feeling of uncertainty still hangs over the country, and many business leaders have been unwilling to make crucial decisions as a result.

While the impact that Brexit will have in the longer-term is unknown, there are still plenty of opportunities for international trade that companies can take advantage of.

It is hope that the doubling of the budget for the UK Export Finance Department announced in the Autumn Statement will ensure that exporting companies do not fail due to a lack of export finance or insurance issues. With this in mind, here are some steps that businesses can take in order to be a successful exporter following Brexit.

Because uncertainty is still a major concern for many companies, business leaders may be dissuaded away from making investments for international expansion, which could prevent export success. Volatility in currency markets adds another layer of uncertainty which some may well be keen to avoid.

Yet businesses can avoid this by hedging against currency movements by trading in the futures market. At Canagan, we always buy our foreign currencies one year ahead. This means that any currency movements can be planned for in advance and this helps to reduce uncertainty.

Another issue that concerns business at the moment is the risk of a “hard Brexit”, which could see the UK leaving the European Single Market. If this were to happen, some goods that are sold to the EU could be subjected to tariffs and their prices could rise by more than ten per cent.

Business leaders particularly worried about such an outcome should consider creating plans to set up parts of their business inside the EU. By doing this, companies can guarantee they can continue to trade freely within the EU and avoid these tariffs, effectively de-risking against this potential outcome.

Businesses still have over two years to come up with these plans, and while a hard Brexit is perhaps the least likely outcome, having plans for a worst case scenario is always good business.

(2) Take advantage of the depreciated pound

Since the EU referendum, the pound has lost 20 per cent of its trade-weighted value, the effects of which have been far from universally positive for the country. Many firms have seen their input costs rise, and higher inflation forecasts will mean a rise in the cost of living for consumers.

Yet the devaluation of the pound has given a much-needed boost to UK exports, with demand from overseas rising as British goods are more affordable for foreign consumers. This represents a golden opportunity which business leaders must look to take advantage of.

While many fear a slowdown in domestic consumption, UK exports are expected to increase by two per cent in 2017, and companies should start to take a global outlook to increase their profits.

There are fantastic opportunities for British companies in both emerging economies and developed economies, and the devaluation of the pound means businesses are in a great position to export across the world. In order to fully exploit this opportunity however, businesses must be prepared to make investments to increase the production of exportable goods and services.

On the next page, read on for more export success details – which includes fast responses, even when it’s the middle of the night.

How to create happiness habits in your business 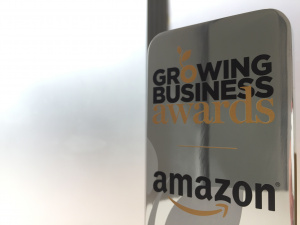