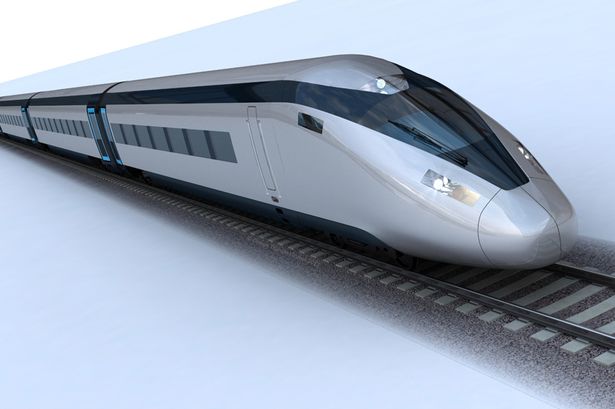 Much has been said and written about the High Speed 2 (HS2) project, and there?s a fair chance you?ve already given a great deal of consideration to how the railway will benefit your business.

Once the network is completely up and running, it is expected to generate ?59.8bn in ?user benefits? as well as ?13.3bn in wider economic benefits. While the long-term financial rewards are clear, many companies can also make a huge amount of money by getting involved in the building of the railway.  There will be a multitude of hugely-lucrative contracts being made available to companies in the manufacturing and construction sectors in particular, with forecasts suggesting that 9,000 building jobs will be created in Phase One of the project and a further 10,000 during Phase Two.  This is great in theory, but do enough businesses know about the incredible opportunities that could be presented to them?  Getting the wheels in motion With so much legal wrangling ? HS2 chiefs have been forced to fend off opponents of the project in the High Court this year ? companies can be forgiven for feeling a little confused as to when, or even if, the work required to deliver the project will start.  However, there have been clear signs of progression in recent months. Towards the end of October, representatives from around 500 businesses attended a conference held by leaders of the HS2 development in Manchester. The event gave HS2 chiefs an opportunity to brief companies on what will be expected of them when they eventually bid for work.  HS2 Chief Executive Simon Kirby confirmed that ?10bn worth of contracts would be up for grabs during the first stage of the project (the section between London and the West Midlands) alone. The sheer value of these contracts shouldn?t really surprise us, after all the whole infrastructure development has an overall budget of ?42.6 billion. To spice things up even further, the government recently gave its backing to the possible development of HS3, which if the proposals come to fruition, will link major cities in the North of England. These plans are very much in their infancy, but you can be sure that opportunist engineers, manufacturers, builders and environmental businesses, to name a few, will be monitoring the situation very closely.  Can you compete?  The government?s intention is to have shovels in the ground by 2017, with the first section of the line being operational by 2026. Invitations to tender have already been sent out for engineering and environmental services for the project, and competition is likely to be intense.  This is where a solid bid writing team is an absolute must. There will be no shortage of takers for these contracts, so you need to submit a bid that makes you stand out from the crowd.  Before putting so much time, effort and expense into an application, you need to weigh up whether or not it is worth your while bidding. What can you offer that your competitors can?t? Have you got a track record (excuse the pun) of working on this type of development in the past?  HS2 is Europe?s largest infrastructure project, and as such, there will be very few companies out there that have delivered such a monstrous development in the past. Although you?ll have to put together a special pitch in order to win a HS2 contract, you cannot afford to overstretch yourself.  As well as thinking about what your competitors can do, you also need to be realistic about your own company?s limitations. If you bite off more than you can chew, you could land yourself in big trouble, as failure to deliver on such a high-profile project will not only have severe financial repercussions, but your reputation could also be damaged beyond repair.  With HS2, and possibly HS3 in the pipeline, these are undoubtedly exciting times for businesses across the UK, but that being said, you cannot afford to get too carried away. Dave Thornton is the director of Thornton & Lowe, a company which specialises in helping businesses make successful bids for tender across the UK.