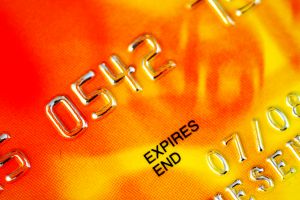 Card payment technology is widely considered to be more convenient for consumers, while there is also a growing realisation that the technology that underpins it is much more secure than many people realise.

What’s more, it means that customers are no longer compelled to walk the high street with wads of cash in their pockets, which clearly brings its own risks. The rise of card payment has also coincided with the unstoppable march of online retailers. And figures prove it is increasingly difficult for retailers to compete in such a competitive market place without using card payment technology. Research from M&S Bank confirmed that one in four residents of the UK now uses a debit card more frequently than they did a year ago. It has been revealed, too, that as many as four in ten prefer to use a debit card rather than cash. And of those who have increased their credit card usage, or taken out a new card in the last 12 months, a majority have done so to get cash back or rewards. By way of comparison, there has been a 14 per cent rise in credit card use over the last 12 months.

How has this helped the UK’s small business community?

Well, the simple truth is that card payment technology is beneficial to businesses of all shapes and sizes. It is, however, especially useful for those small firms that are striving to establish themselves in the marketplace and overcome stiff competition from larger retailers. The primary benefit for the migration towards card payment technology lies in the fact that, ultimately, it could help to improve the state of your balance sheet. This is because it is certain to speed up productivity and increase sales, thereby improving the state of your company’s finances. Added to this, there is also the small matter of boosting your firm’s reputation among your customer base. For instance, those businesses that allow customers to make payments using debit or credit cards are typically seen as being more progressive than those who do not. And while this may not bring a tangible benefit to your business, it is the sort of residual effect that cannot be overlooked.

Advancements in the technology

Since the technology was first introduced, there have been some significant advancements in the way in which card payments are accepted. Today, for example, payments can be made using a smartphone, which means that payments can be made more simply than ever before. In particular, it allows consumers to make purchases on the go, thereby rendering the opening and closing times of retail firms redundant. In light of these improvements, it can fairly be said that it is now more important than ever for retailers to recognise the ever-increasingly value of card payments and invest in the necessary technology.

What are the advantages of contactless payments?

Contactless payments are a safe and secure way of acquiring goods – and it is also increasingly popular among consumers. The technology means that queues can be shortened significantly, which in turn, means that labour costs can come down and businesses are in a better position to generate a healthy profit. The innovative approach means that consumers are able to pay for goods that are worth ?20 or less without entering a PIN number. And while there remains a certain degree of skepticism about the technology, customers are slowly acknowledging that it is a safe way of shopping. Owing the rise of card payment technology and other related advancements in recent years, it is becoming apparent to everyone concerned that the days of buying and selling goods using cash are coming to a close. Card payments represent the future – and this is something that businesses need to recognise before they fall behind the competition. This article was produced on behalf of PaymentSense, the UK?s largest merchant service provider. Image source