Olio – a food sharing app designed to cut back on waste – was created by harnessing the AWS Cloud and digital business tools. Founder Tessa Cook explained how.

Has there ever been a better time to start a business? We are living in the digital age where there is an app for everything and we can communicate with a colleague halfway around the world in real-time.

The possibilities are seemingly limitless these days – as long as an entrepreneur understands how to harness the power of the latest digital technologies.

Tessa Cook is one such entrepreneur. A few years ago, she had her big idea – a food sharing app to help eliminate household waste – and created Olio.

The lightbulb moment came when she was moving to a new country and had some leftover food she and her family had not managed to eat. She took to the streets, but was not able to share her food with anyone. The do-gooder was then surprised to learn there was no app available to help her out, so she decided to make one.

As a step one, Cook and her co-founder, Saasha Celestial-One, researched the problem.

“We were horrified to find out that globally, a third of all food we produce gets thrown away, which is worth over $1tn. We have 800m people going hungry and food waste is the third largest source of greenhouse gas emissions,” she explained.

While she had a background working in digital, Cook is not a developer, so was reluctant to sink her life savings into developing an app that might not take off. To counter this, she tested the idea with a group of 12 people through a WhatsApp group.

“We connected them all onto a closed WhatsApp group, and for a period of two weeks we asked them if they had any food they didn’t need or were going to throw away if they could take a photo and upload it to the group and see if anyone else requested it.

“They did some sharing – quite a lot of sharing actually – and we debriefed with all of those people face to face afterwards and they told us one, you absolutely have to build an app for this, and two, it only needs to be slightly better than a WhatsApp group.”

This was good news as it meant Olio could be created in a much more affordable way.

Olio uses AWS for all of its servers, hosting and infrastructure. In fact, when Olio hired an in-house lead developer one of the first things he did was migrate the entire business to AWS.

“We were starting to grow quite rapidly and we needed to be able to spin servers up and down very quickly because, in particular, when Olio is featured in the media – and especially on TV – we will have thousands of downloads within a matter of minutes and that is obviously not typical for the day-to-day business.

“Having that flexibility to be able to gear up and then come back down again has been extremely valuable.”

Olio has also benefited from other features of the cloud – firstly, it is low-maintenance, which is ideal for a small tech team, and secondly, the pricing suited its budget.

Cook explained: “We want to spend as little time as possible focussing on housekeeping factors, so that’s why a service like AWS, which is best in class, was a very easy choice for us to make.

“It was affordable as well. When you’re a startup every pound counts. For me, the advantages of cloud computing are all about benefiting from economies of scale – through essentially pooling your resources with all the other startups in a way that’s really low friction for you, collectively you get to benefit from that shared infrastructure.”

Ultimately, without the help from AWS Cook believes that Olio would not have been off to the flying start it has currently achieved.

“The reality is we just wouldn’t have been able to grow as fast, because everything would have cost more and taken longer,” she said. 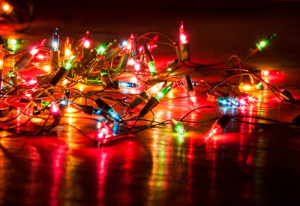 Energy saving tips to save money this Christmas