Immigration law firm Migrate UK has revealed that nearly six out of ten UK companies have paid up to £100,000 since Brexit in extra incentives for EU workers.

This includes pay rises, extra bonuses and even private schooling fees in a “desperate attempt to retain skills and labour from the EU which they heavily rely on”.

Of the 1,000 HR directors Migrate UK polled, 66% said they have struggled to find sufficient skills since the Brexit referendum, particularly within the banking (86%), finance (83%) and IT (79%) sectors.

More than a third of the organisations questioned said they had already lost EU workers because they are either returning home or leaving to work in another European country. Germany, Ireland, Sweden, Italy and France are the top five most popular relocation destinations.

A combined 67% of HR directors reported that an uncertain future and unknown immigration legal requirements after an EU exit were the main reasons why workers were leaving the UK.

Just under a fifth said their workers feel unwanted and 14% were being enticed away by more attractive employment packages overseas.

Migrate UK said 37% of the 1,000 UK organisations polled have resorted to hiring non-EU workers where EU skills are unobtainable.

Nearly one in three have either acquired a sponsor licence or applied for one to enable them to recruit outside the EU, costing them an additional £1,476 for a four-year licence plus thousands in skills charges such as NHS charges, Certificate of Sponsorship and residence permit or visa fees.

“However, after two years of uncertainty, the government needs to give some form of guarantee that the status of EU workers in the UK is legally binding and safeguarded against any threat of change in the future, otherwise EU workers will just continue to leave.” 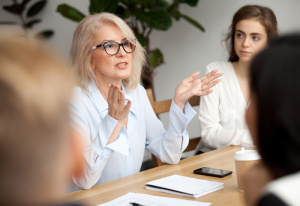