Working across cultures means that there are many challenges that go beyond the simple fact that employees, business partners, and customers are speaking the same language. Inevitably, business deals require some level of negotiation. Even if the business relationship has developed smoothly up to this point, it is at the negotiating table that linguistic and cultural differences can often introduce serious difficulties if both parties are not aware of these factors.

Speaking a common language is much more complex and textured than simply understanding each other’s words. Different dialects can mean different meanings have developed for the same word. For example, in a negotiating session, if one party says they are quite keen to discuss a topic, does that mean they are prioritising this topic or indicating that other topics may be more important? Depending on which version of English you are using, either interpretation could happen.

How language is used can send powerful signals when negotiating in English. Some cultures speak very directly, saying what they mean and meaning what they say. Other cultures may consider this style of communication simplistic, blunt or even rude, especially if it includes a loud tone of voice. It can also send mixed signals in terms of levels of confidence. For cultures who favour a more understated, indirect, reflective or quieter approach, others may interpret their communication style to be one of weakness, lack of confidence, and sometimes even raising a question of competence.

Many people who favour a direct style of communicating may be at a disadvantage when trying to discern a situation that is more nuanced than they may be used to. People who have perhaps learnt English as an additional language may have achieved verbal and written fluency, but they may also be carrying over characteristics of how they communicate in their mother tongue. For example, many people from Asia, including the large number of Indians who speak multiple languages in addition to English, may be perfectly comfortable in the language but may be uncomfortable being as direct as someone from, say Australia, South Africa or even the UK.

When communication styles are at odds with the expected level of directness, further misunderstandings can occur. Most typical of these scenarios are the challenges of ‘yes’ cultures, where one side that means exactly what they have just said yes to, becomes frustrated when the other side also says yes but then doesn’t deliver. In the latter case, that ‘yes’ could have meant anything from ‘it is my intention’ to ‘I’ll bring up the topic with someone else who then inherits the responsibility for addressing the matter further’. Related frustrations are cultures that are too uncomfortable to say ‘no’ directly but hint at a negative position through coded language – very often, direct communicators can miss this nuanced message completely.

Negotiating styles can also be affected by how much information is provided, when it is provided, and how it is delivered. Some English speakers prefer to provide information in context – this can be historical, related to relationship, or can include many other factors. However, others prefer to deal with a straightforward set of facts, stats and other metrics such as money and delivery dates. For the former, only concentrating on metrics can come across as simplistic, risky and rushed. For the latter, reviewing the process in a contextual way can be seen as overly complicated, too safe, and slowing down the process and thus wasting time.

Humour can be a major factor in the English language during the negotiation process. In some cultures, there is little room for the use of humour in business, especially at the negotiating table. Others may find a bit of humour at the beginning to be an ice breaker, then get down to serious business. Yet others may come across as initially serious, and then use humour as a way to break the tension or a stalemate in the midst of tricky or uncomfortable bit of the negotiation process. How each culture reacts to the use of humour can forge agreements and compromises; in other cases, it could cause the loss of a deal.

Language choices can also signal the negotiating style favoured by each party in the negotiation process. Some cultures are very competitive, others are more cooperative. Some take care not to damage a business relationship, others have the attitude that business is business and disagreements are nothing personal. Watching for which words are chosen by your negotiating partner can give an indication of their preferred negotiation style. For cultures who are less direct, it’s also important to be aware of what has been left unsaid as well.

Communication choices should be considered as well. Some people who have learnt English as an additional language may be more comfortable speaking and listening; others may prefer to read and write where possible. Others may have different attitudes to the use of emails, the telephone and other technology depending on not only their comfort in the language, but also by how much reflection time they wish to have in the negotiation process. Different cultural approaches can quickly become judgements of trust as well, especially when a situation arises whereby it appears that emails are used as much as an audit trail as they are as a method of communicating.

Negotiating is a complex process. How you speak is only part of the story. How you are interpreted through others’ cultural lenses completes the story. 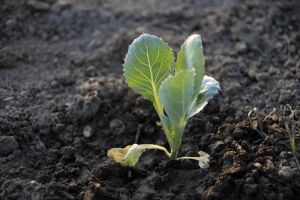 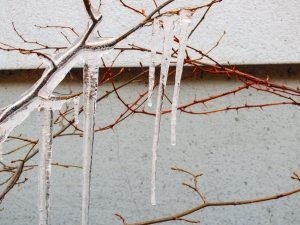