Fretting fractiously under doctor’s orders to do next to nil at present. Have actually had the odd bit of spare time to catch up on reading the odd newspaper and the general emails I normally neglect. One such message caught my eye.

It was an email requesting that I join a petition to Downing Street for a worthy cause. Now I realise I might be a little behind the times here but I have discovered from this the proposal that MPs visiting Afghan and Iraq war areas should receive medals as per the soldiers actually doing six months’ service out there.

I have long nodded at the criticisms raised by many fellow columnists about the incompetency of the current government, not to mention their much publicised nest feathering. However with this proposal they have truly and utterly over-reached themselves. It is the most appalling insult to both the serving soldiers themselves who are out there in the front line for six dreadful months and also to the families who are suffering beyond belief back home. 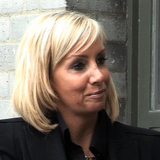