Their incumbent CFO, Frank Friedman, has been named as interim CEO until a formal election of a new CEO can be conducted by its members and owners.

The current CEO and Senior Partner of Deloitte LLP (UK), David Sproul, has been in the role since June 2011 so his first four-year term will run until June next year at which time the UK entity will have to have its own similar election.

As with the US arm, when Mr Sproul’s term is up the specific arrangements that will apply to electing the CEO/Senior Partner for the next four years are a private matter for the individual members of the LLP, who are both owners and managers.

Despite the fact that the revenue of the Deloitte LLP (UK) business was £2.5bn for the year ending 31 May 2014, the business is primarily a multi-disciplinary professional partnership which includes auditors, consulting specialists, tax advisors and corporate finance practitioners.

It is structured as a limited liability partnership where the membership rules and any changes to management are governed by a private contractual document between the members (numbering approximately 750) and will need to be voted on by the members (or those members who have the right to a vote on such matters, which may not be all of them).

The CEO/Senior Partner will be nominated by the Board and elected by the partners (it is unclear whether this is all members or a subset) but otherwise the details are confidential to the members of the LLP.

Non-professional businesses of this scale would normally be public limited companies, with detailed corporate governance rules set down by the UK Listing Authority on, for example, the role of the CEO and the non-executive chairman, because there are external shareholders who are not involved in the day to day running of the business, and therefore greater public transparency and oversight are needed.

Like a plc, UK LLPs have a publicly-available financial statements and details of their financial performance but by contrast their internal rules and governance are private. Members (the owners) are frequently involved in the day to day running of the LLP (management) and the provision of services directly to clients.

Management roles within LLPs are generally filled from within rather than by externally-sourced candidates, particularly with the more senior executive posts. Some professional partnerships do use professional managers (such as CFO or COO roles) but this is the exception rather than the rule and LLP members ultimately have control over both management and ownership.

The LLP structure often leads to significant (and time-consuming) internal lobbying when management roles become vacant, with different candidates wanting to persuade the members that their vision for the future of the firm is the right one and worthy of each member’s, at most, single vote. For a significant change in management at an LLP, a significant number of the members need to be on board and vote in favour.

Conversely, with a shareholder-owned company, a single majority shareholder (who may be a third party not involved in management) can use their voting rights (generally if more than 50% plus in total) to remove one or more directors and effectively take control of the board, and management of the company.

Normally a shareholder will have one vote per share, which can result in enormous numbers (Barclays plc, for example, has over 10 billion shares in issue) and substantial power can be concentrated in the hands of a small number of shareholders. The flip side of this is that, for the reasons set out above, it can be significantly easier to remove underperformers from a company than from an LLP and/or appoint a new executive management board. 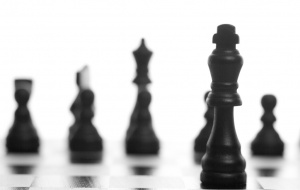 The role of business intelligence in manufacturing