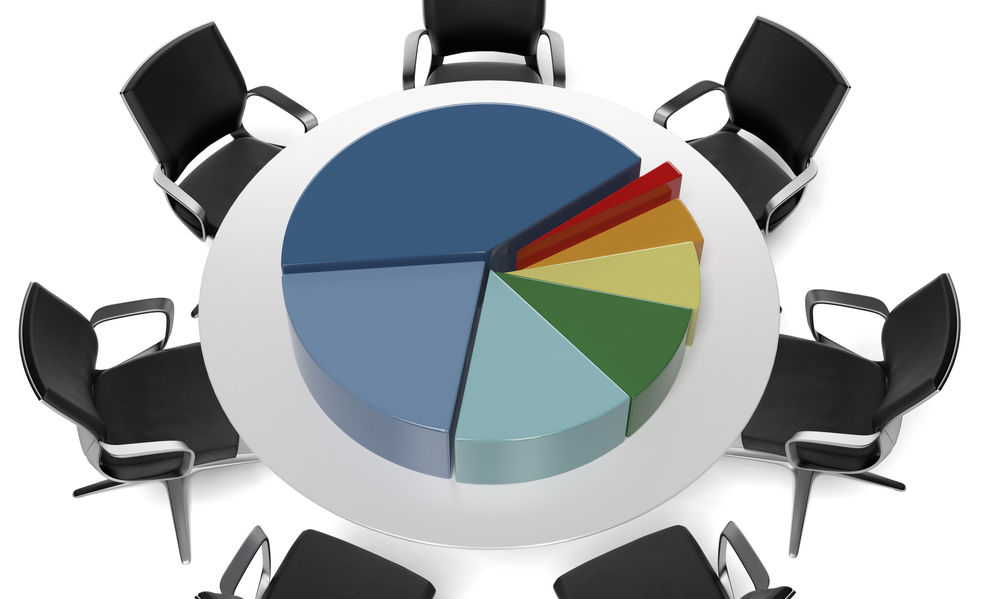 When you think of employee shareholder schemes, John Lewis is the business that normally springs to mind. For years the business has been owned by a trust on behalf of its employees, each of which are referred to as partners . With the partners having input in how the business is run, they then receive a share of annual profits.

The government and chancellor George Osborne introduced an initiative to promote employee ownership in September, but it appeared to do little in terms of awareness. Figures from November of that year found that 80 per cent of business still didn’t know what the scheme entailed. So what about those that are aware, and have implemented, one For Edinburgh-based online accountancy business FreeAgent, the principle reason for introducing a share option plan was to make everyone feel invested in the business. By offering our staff a share option, we not only ensure theres workplace transparency across the whole of the company but also that everyone gets to celebrate in FreeAgents success and has an added incentive to work towards making the business even better,” founder Ed Molyneux told us. FreeAgent provides an online accountancy system for freelancers and micro businesses and now has 60 employees. Having secured 6m external investment since setting up in 2007, the company has frequently been listed in the Deloitte Fast 50 ranking.

Away from the technology sector, David Hunter revealed that there were three main reasons to implement an employee shareholder scheme at his Bristol-based architecture firm. The first was that he wanted to maintain and reinforce the culture and ethos of the company to continue with growth but not become too corporate. Next was a desire to maintain financial independence. With a number of senior shareholders preparing to sell their stakes in the business and step down from the business in the next five years, Stride Treglown faced a significant challenge to pay off those shareholders and remain debt free, entirely independently owned and masters of our own destiny . We saw an employee ownership as a means to (a) initially widen our investment base, and (b) eventually develop a self-sustaining internal market. Third on Hunters list of factors was that he wanted to make a fairer company where the relationship between effort and reward for staff was closer and more transparent. The architecture business had a 2014 turnover of 18.5m and employs 270 staff. It currently has 15 directors, of which the largest individual shareholding is 15 per cent. Guy Mucklow, founder of Postcode Anywhere, wanted each of his staff to feel like they are the owners of the business, and not just feel like they were creating wealth for others. The governments Enterprise Management Incentive (EMI) scheme enables us to motivate staff by offering generous tax incentives, encouraging wider share ownership in the business,” he explained. The benefit of this is that as well as seeding an entrepreneurial passion for success across the wider employee base, it creates a persuading driver for employees to stick with the business through the sometimes challenging growth process. Mucklow and his executive team have set themselves a tough challenge in that they hope to grow revenue by 50 per cent over the next five years. Because of that, he wanted everyone to materially share in the value created in the process.

The next step was to communicate to our staff what we wanted to do and to set the wheels in motion to ensure that we had the right scheme in place which was supported by the appropriate mechanisms and agreements that it worked properly. On reflection we probably announced the scheme too early to our staff, as our thinking about how we want to operate the share ownership scheme has changed in recent months. A recent change in our CFO, who was heavily involved in the process, and further thoughts about how we should structure the scheme which emerged following our attendance at a very useful conference run by the Employee Ownership Association in November, have all added to the delay. Read more about employee ownership: On the theme of challenges, FreeAgents Molyneux said there were two main ones he and his company encountered. Firstly, he explained to us, you need to work out what the option exercise price is, which is usually the same as the current share price for an EMI scheme. The companys external funding rounds helped value the private company, not something always easy. The next issue involved deciding how many share options to give each employee harder, he said, than picking what salary to offer since the value of the option depends both on that current share price and some unknown future price. Here at FreeAgent we have a fairly standard number of options that we issue to new employees, although we do increase that in exceptional cases. In all cases we explain carefully to each individual what their share options would be worth in the future, although there are many variables which will determine when and at what share price the shares might be sold. One of the surprises Stride Treglowns Hunter came across was not being able to find a ready-made solution the business could adopt. In the early stages, he and the business also struggled to find expert advice. It would appear that employee ownership was and to a certain extent appears to remain out of the mainstream of expertise and experience of many legal and financial advisors,” he explained. Help was eventually found through the Employee Ownership Association (EOA), which was able to put the business in touch with specialist advisors and other employee-owned companies. Through this resource, Stride Treglown was able to review and discuss the different potential ways that it could set up employee ownership with companies that had gone through or were already engaged in the process. It quickly became clear that, contrary to our expectation, our circumstances were indeed unique. We could identify models similar to our own, but recognised that we would have to work through a lot of options to end up with the bespoke solution we sought. The challenge of maintaining progress on this process whilst continuing to manage the day-to-day running of the business was significant. Planning the exercise and setting milestones for consultations and decisions were key in completing what turned out to be a complicated and protracted process. The governance and management procedures at compression technology business Lontra went a long way to simplifying the process there. CEO Steve Lindsey commented that the employee shareholder scheme was part of a bigger strategy to make sure that the employment package at Lontra is market leading . Employees are a key part of the value of a company such as ours and so I think it is important that they all have a stake in the company and success that they are helping create,” Lindsey added. So what about employee reaction. Postcode Anywheres Mucklow said: I know that a few staff are making plans on what to do with a future windfall, although the amount that they will get and when it will happen is very much in the air. Having been part of a share scheme in a previous company, one of the major shareholders is keen to ensure that it drives the right behaviours. FreeAgents Molyneux now holds regular meetings with the whole team to go through all of the operation details about where the business currently is, how it is performing and what future aspirations are all possible because staff have a financial interest. Too often that level of detail can remain closed off at boardroom level, which can leave people feeling alienated and unsure about what effect their hard work is actually having on the business they work for,” he explained. On the support and awareness front, Hunter believes that good and detailed specialist advice is not so easy to come by. From his experience, the concept of employee ownership is simple but the implementation can be complicated. Each companys circumstances, he said, are unique and therefor each solution has to be bespoke which in turn requires advisors to have a broad knowledge and experience. One positive he added was that there appears to be a universal keenness amongst companies who have either converted to employee ownership or who were constituted that way from the outset to share experiences. It would also seem that political support is solidly behind the concept. The UK lags behind many other developed countries in the proportion of employee-owned companies and their proven success as a business model presumably makes them an attractive target for promotion,” he said. So despite the lack of awareness, even after a government push, there are some businesses in the UK successfully pushing through with an employee shareholder scheme. Far from having the network of advisors needed in this space, it appears companies are turning to each other for guidance. Image:?Shutterstock By Hunter Ruthven