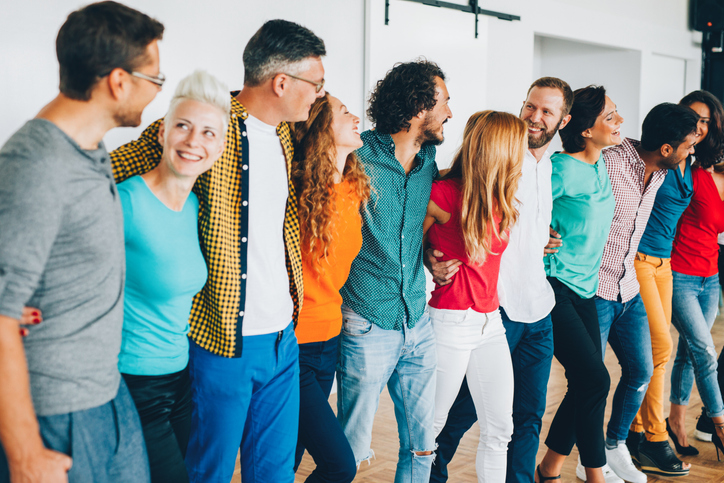 Share via
Once upon a time, some people were asked whether they were in a relationship during job interviews. By ‘most people’ I mean female candidates. This was because a female candidate was not considered a separate entity from her capacity to bear children. Instead, she was considered in relation to how likely she might leave the job due to marriage or pregnancy. These sorts of questions are now a definitive ‘no-no’ during interview processes. The idea that bosses could be hesitant to employ women of a certain age because ‘ their biological clock could be ticking’ and (gulp) could be pushing 30, may sound like archaic practice. However, age-based discrimination still occurs in offices nationwide.

‘Age hounding’ is negative and must stop

This time, it’s more subtle, and therefore, insidious. Because employees of both genders are still being quizzed over their age at work.

?The UK workforce is changing ? and employers need to catch up. Improving policy and practice and tackling age bias is vital.”?? Patrick Thomson, The Centre for Ageing Better?

A person’s age, providing they are medically healthy and not very elderly, should have little bearing on their ability to fulfil objectives. So what changes can CEOs, their HR teams and senior staff make to stop age-related discrimination?

1. Revise age-checks during the application stage

It’s illegal for employers to use an employee’s age to discriminate against them (thanks to the?UK Equality Act). It’s also frowned upon to ask candidates their age during an interview. Employers are legally permitted to ask for the candidate’s age for ‘other’ reasons though. But why is it relevant? At the point of screening a candidate during the final stages of an interview process, surely confirming their ability to work under the conditions of the proposed contract is more important than ‘how old’ they are?

“A person’s age in isolation doesn’t affect their ability to work. End of.”

2. Understand that career progression is different for everyone

According to statistics, the average UK employee’s tenure is 5 years. This means employees are switching careers more often. Employers must, therefore, take into consideration the limitless positions a candidate might have found themselves in over the course of their career. If you’re interviewing a woman, there is a possibility that they may have child-caring responsibilities and could have taken time out to raise the child. They might be re-entering their career a little older than before, (because, well, people age don’t they?)?Also, because people are switching careers more regularly, this could mean candidates who were ‘more senior’ in one industry, have changed lanes, and are working their way up. They might be older than the other candidates who are going for the role you’ve advertised. Even more simply, some job candidates have extended their period of education at university, meaning they are looking to start a ‘graduate level’ position at a slightly older age than average.

“So, don’t add fuel to the fire. Don’t help institutional ageism continue in the world of work, especially as it serves no purpose but to needlessly shame people.”

3. Make a candidate’s ‘date of birth’ the sole possession of HR

Another way employers can uphold the privacy of a candidate’s age is to make sure that information is in the sole possession of HR teams. Only they should handle this information, and only in order to provide background checks so as to ensure they have met the minimum age requirements to work.

“If a candidate is informed at the start that sensitive details about them, such as their age, will only be handled by HR, this should make candidates feel respected as individuals.”

Assure candidates that they are being judged wholly on their professional abilities, and not on anything else.

Employees no longer stay in the same job for 50 years. As a result, the world of work has become increasingly flexible. Some start their first job straight after university and work their way up. Others either work for a while and take time out, or start later. Because work culture has become so flexible, as an employer, you must also appear flexible and non-judgemental. Don’t get hung up about factors that do not pertain to their abilities. By omitting this potentially awkward element, you avoid the chances of anyone feeling offended, targeted or discriminated against.

Re-evaluate the way you come across as a hiring institution. It will give candidates an idea of just HOW you value people. Remember your staff have a right to feel sensitive about aspects of their personal identity that are being discussed externally to them, and especially if it doesn’t directly pertain to their ability to do the job. In all, aspects of identity such as age and sexuality, if they are to be addressed, must be discussed with careful consideration. Doing so is good for your brand reputation, employee productivity, and your company’s legal health.