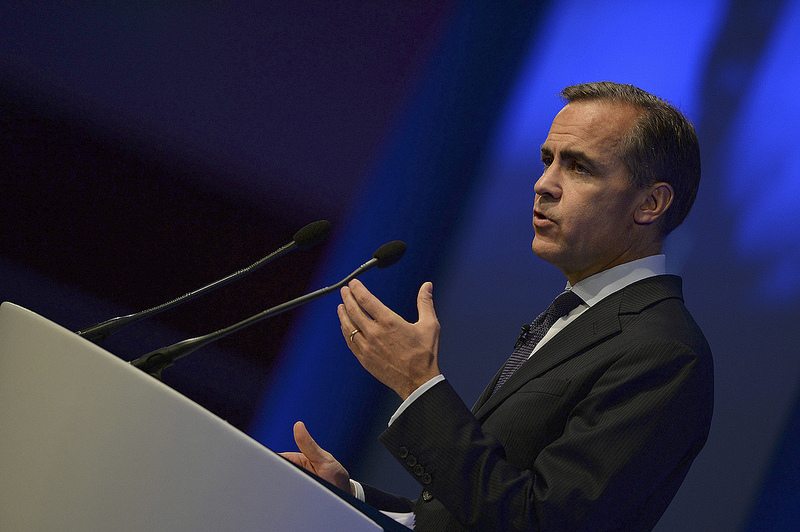 Some say it?s a foreign invasion. Others see it as welcome influx of talent. Either way, two of the biggest jobs in Britain and have recently gone to two relatively unknowns, Canadian Mark Carney and Kiwi Ross Ewan. What do they have in common? And what we can learn from how these outsiders have networked their way to the top?

Over paid and over here?

A recent BBC report revealed that 50 per cent of UK jobs are taken by foreigners. In fact, almost all of the new jobs created in Britain in the last seven years have gone to foreign workers. London Mayor Boris Johnson recently asked in his Telegraph column why foreigners get all the jobs: ?London?s formidable job-creating powers do not always seem to involve the creation of jobs for native Londoners.? Cries ring out of ?over paid and over here? and ?taking all our jobs?. Gordon Brown?s promise of ?British jobs for British workers? hangs in the air. But from top to bottom, UK nationals are now competing with international labour over almost every job vacancy. In a ?courageous? appointment by Chancellor George Osborne, Canadian financier Mark Carney succeeded Sir Mervyn King as Governor of the Bank of England. He is the first foreigner to run the Bank in its 300+ year history. The odds-on expected successor, the Bank?s Deputy Governor and UK national Paul Tucker, missed out. He?s since resigned. More recently, New Zealander Ross McEwan was made the retail CEO of 81 per cent taxpayer owned bank RBS; described as “the hardest job in banking” because of its politically charged high profile nature. There is much to say about the immigrant work ethic – ‘I’d rather hire a foreigner, they push themselves more’, the ease with which they seem to learn languages and adapt to new cultures, and the willingness of foreign labour to do the jobs UK nationals won?t or can?t. But when it comes to these top jobs, for which presumably there is no shortage of suitable candidates, what makes this foreign talent stand out? More specifically, how have they managed to network themselves into such prestigious roles ahead of our supposedly more suitable UK incumbents?

The make up of a champion

To answer why this occurs at the very highest level, we need to look more closely at the individuals in question. Mark Carney is apparently “the outstanding central banker of his generation” according to the chancellor. He has a reputation as a smooth operator and one of the most charismatic bankers around. Sometimes portrayed as the ‘film star’ banker and likened to George Clooney, people say Carney has star quality and he knows how to use it. Peter Oppenheimer, Carney’s former Oxford economics tutor, told the BBC: “He was a typically bright transatlantic student; light on his feet and charming. He was very conscious of his image and always well turned out. That sounds terribly old fashioned, but he wasn’t the sort of young man who walked around in torn sweaters.” The Observer’s William Keegan said Carney had “the kind of showbiz reputation we have not seen in central banking since Che Guevara was governor of the central bank of Cuba.” Ross McEwan is lower profile but we do know he is an outgoing, sporty Kiwi financier who admits to preferring people to numbers. In other words, both have strong people skills and a media savvy reputation for high profile work.

When you look at the backgrounds of both men, you see the importance of an international perspective. For top jobs in a global economy, this represents a distinct career advantage. Carney?s hunger for new horizons has been evident throughout his career. He studied at Harvard and Oxford. He speaks fluent French. He worked at Goldman Sachs for 13 years in London, Tokyo, New York and Toronto. His English wife, Diana and their four daughters have dual British-Canadian citizenship. Equally, McEwan worked extensively across Asia Pacific, with his passport stamped in the US, UK and Europe. This external, international perspective offers foreign candidates a unique advantage over home grown talent.

Outsiders on the Inside

Another factor favouring foreign candidates is their extensive reach into the very fabric of British business. As a relatively small island, Britain does have a penchant for embracing the foreign import. That means all nationalities and all professions. We are relatively lax with our immigration policy, and the UK is seen from the outside as a massive melting pot for cultures and creeds. Indian, Asian and more recently 500,000 Polish immigrants have come to Britain and made a lasting mark on our economy. Like our Premier League football teams, half of Britain’s biggest City firms are foreign-owned. McEwan was already in a high profile role within RBS before he was made CEO. The English Premier League has more foreign players than any other league in the world. When it started in 1992, 73 per cent of players held English nationality. Now it?s just 34 per cent. Only seven out of the 20 managers are English (with some Scottish and Irish). It seems that foreign talent can do something that the homegrown talent cannot. This may explain why it?s almost impossible for British staff to get a job at Pret a Manger ahead of foreign workers.

Both of these men have moved around. You can just imagine the relationships, alliances and high level connections they were making throughout that time. Forbes reports that over 80 per cent of jobs are never advertised. That means massive word of mouth at all levels of the job market. ?Putting a word in? or ?recommending a friend? are common practices at the upper and lower ends of the job spectrum. Somebody clearly put Carney and McEwan in the mix. Perhaps they did it themselves. They had a dominant combination of a powerful network (who you know) and a world class reputation (who knows you). Both men have embraced the global nature of networking. They?ve both built wide, diverse and deep alliances across industries, businesses and countries. This is what you don?t often see in management books and business schools ? building rapport, enhancing likeability, increasing influence and building credibility. It?s career planning at its highest point. Digging your well before you?re thirsty. Planting networking seeds. Getting on the radars of important people. Strategically building personal brands and reputations. In addition, both men have gravitas and charisma. While introverts can make good networkers, these qualities are a networker?s dream! I?ve been helping one of my biggest clients, General Electric, to imbue their top talent and leaders with corporate executive presence. That gravitas and depth of personality that empowers mortals to live in the rarified atmosphere of board level. They recognize that while some people seem to have it naturally, it?s definitely coachable. And they want their top people to have it. In short, these two men got the nod for a combination of reasons. Some were down to their foreign status (international perspective, perceived work ethic), some were down to their timing (right place, right time, right role) and some were down to their own qualities and efforts (presence, networking and reputation). If you want the same, you?ve got to know and be known. Build your connections. And maybe get a foreign passport. Rob Brown is a motivational speaker, networking authority and author of ‘How to Build Your Reputation: The Secrets of Becoming the Go to Professional in a Crowded Marketplace’.