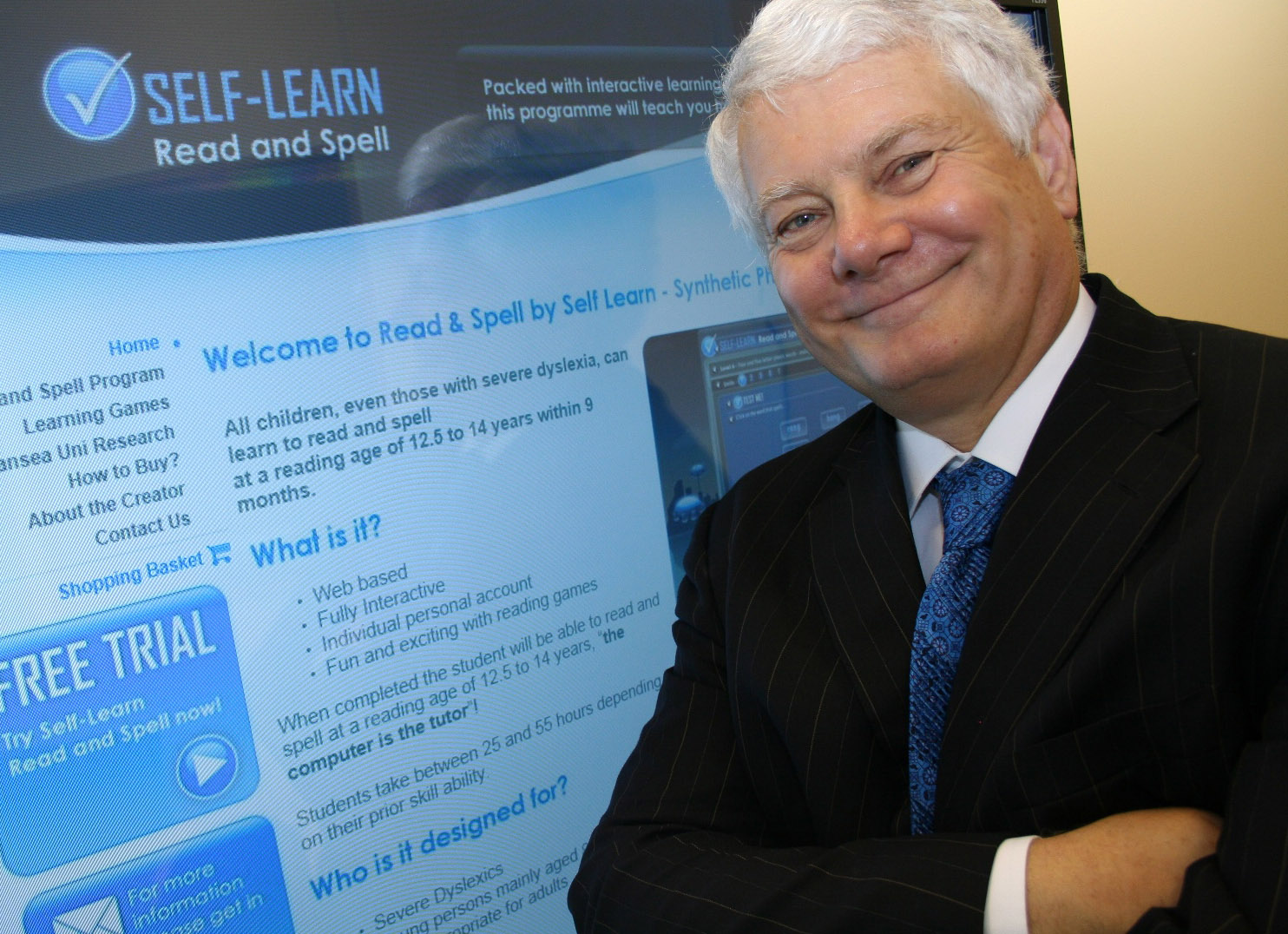 I have struggled with literacy all my life. In fact, it was not until I reached the age of 46 that I had a name for what ailed me – the term was dyslexia.

I left school at 14, unable to read or spell. My first job was as a plumbing apprentice. My first day was an absolute disaster. Although I left home at 5am for an 8am start, I did not arrive until 2pm and was sacked after seven days.  The reason was, with not being able to read street or train signs, I got hopelessly lost. I was too shy to ask for directions. Determination kicked in after that setback. My way of coping was to pretend I had forgotten my glasses when I asked people the way.  I also tried to educate myself as much as possible by watching TV programmes. I did not view cartoons like most other youngsters. Instead I soaked up as much as I could from more educational shows such as Tomorrow’s World.  I tried to teach myself simple words by creating prompt cards that I carried around with me. At every opportunity I would take them out and look at them in a bid to recognise the words. My dearth of academic skills led me to follow my father into engineering, a profession that enabled me to use my hands.  What I lacked in literacy was compensated by other abilities – I have an extraordinary capacity to memorise in minute detail what I am told or shown. Through honing this capability, I was able to forge a successful career. I developed a brain like a computer. I would cross question someone who was knowledgeable in a subject I needed to know about. I would memorise the facts, figures, terminology and instructions.  This was how I was able to progress in the world of engineering without a degree. As a result, completely self-taught, without any qualifications – I often joke the only certificate of competence I possess is a driving licence – I worked for a number of prestigious organisations including McLaren Formula 1 and also making petrol pumps for Concorde. I set up my own engineering company making tungsten darts and initially sold them from the back of my Morris Minor in pubs around Peckham. Yes, there is an analogy there! I soon realised the size of the market, expanded my factory and distributed the products across Europe. My entrepreneurial instincts kicked in when UK manufacturing began its downturn and I sold the business. The money from the sale was used to move into the care sector, initially elderly care and then when this market became saturated with large providers into more niche and complex secure and specialist services. I was 46 before I found out what caused my inability to read, spell and write when I took my son Bradley, who had similar problems, for an assessment and found I too was dyslexic. Five years ago, at the age of 60, after much perseverance and spending 6,000 hours researching English spelling, I found the confidence to deal with my own correspondence for the first time. Before that I relied on secretarial support to help me out. I contend that literacy is even more imperative than it was in my young days as so many aspects of people’s personal and work life relies on computers and to be able to use them you need to be able to read and write. I am determined that today’s children should not have to struggle as I did to cope with reading and writing and should not end up waiting until they are 60 before being able to write their first email.  My resolve to help those with poor literacy skills was spurred on by one of my companies, which operated a young offenders’ unit where 70 percent of those admitted were unable to read with many of them turning out to be dyslexic.  I realised that these young people were already at a huge disadvantage in society without the additional burden of not being able to read and write. I called upon my own experiences to introduce an intensive reading program and within six months all the young boys could read. This made me realise that every student could learn to read with sufficient support. It was this that led me to invent the synthetic phonic computer-based programme, Self-Learn, Read and Spell, which gives students vital one-to-one support and can be used to support children’s literacy at school and also used at home. It may be classed as a learning disability, but it is not a reflection on a child’s intellectual ability and as a society we must ensure that people with severe dyslexia are helped to overcome it so they can go on to lead full and productive lives. Gordon Phillips, is the inventor of Self-Learn, Read and Spell and chairman of Glen Care