Our lives are noisy even when it’s quiet. Every day, we’re bombarded by brands and businesses shouting “Look at me! Buy my stuff!”. And because of all this marketing noise, it’s tougher than ever to cut through the racket and get people’s attention.

Recently, I found myself in a situation that you might well relate to. I had a great idea, but with a budget that didn’t quite match my lofty ambitions.

It all started after I noticed that “Mother’s Day” was due to arrive very soon. I started to wonder whether, this year, I could think up an original way to send my Mother a greeting. We’ve all sent cards and flowers, and I wanted to do something a little bit different this time – in fact, something that she’d totally adore.

Now, whilst I was thinking about Mother’s Day, I’d also been dreaming for ages about launching a huge billboard campaign to promote my books, corporate speaking presentations and new “video speed-networking” website, 85by55. Plus, I’ve always been completely fascinated with how certain types of advertising are actually far more than just than “ads”. Some ad campaigns get talked about in the wider world because they communicate an idea in a new, fun or special way.

All these thoughts bounced around in my brain like a chimp in a washing machine (don’t try that at home), and an idea popped out. I began to think about designing just one billboard, that my own Mother would love, but also to try and design the huge poster so that other people could use it for their Mothers too. I wanted to make the idea so engaging that images of my finished solitary poster would be spread around the world, so I needed a simple concept that would completely fire people’s imagination.

After much brainstorming, I settled on the idea of creating “The World’s First Interactive Billboard™” – a huge poster that displayed an enormous speech bubble on it, and allowed anyone to be photographed next to it – so that the speech bubble would appear to burst from that person’s mouth. Once I had this idea, all was left to decide was what words inside the bubble would work the best.

A few weeks ago, I found myself in a noodle restaurant, having lunch with a marketing genius called Rafi Arkin, who heads up the strategy for the Health Lottery. Little did I know it, but Rafi was about to become my “Ideas Fairy Godfather”, igniting a spark for my billboard idea and helping me make it happen too. During the meal, he asked me if I had any ideas that I was burning to do, but hadn’t yet managed to get off the ground.

Now, asking me if I’ve got any ideas I’d like to make happen, is a bit like asking Hugh Hefner if he’d like to meet another suntanned twenty-year-old bikini-clad blonde babe. The answer to both questions is a resounding “YES”! Currently, my ideas portfolio has around four hundred concepts eagerly waiting to burst out into the world, for everything from new novelty gifts, to books, to concepts for Hollywood movies.

I swiftly told Rafi the idea for my interactive “speech bubble” billboard. I mentioned that it had been weighing particularly heavily on my mind recently, because Mother’s Day was approaching and I wanted the speech bubble on the billboard to contain the words “I LOVE YOU MUM!”, so that then anyone could stand next to the billboard, take a photo and send it to their Mother. 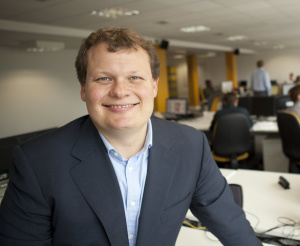 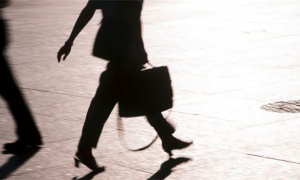 Women on boards: Is the UK making the voluntary approach work?