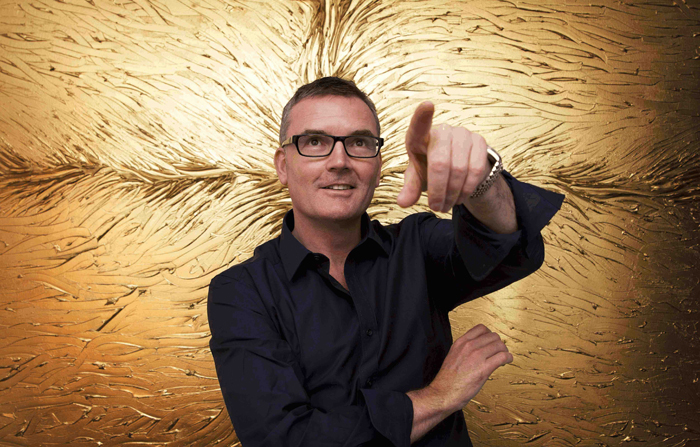 It doesn’t matter where you are in the world. Emotion sells brands. Replace it with logic and you’ll fall at the first hurdle.

Emotion got me hooked on Molton Brown, when logic would have seen me running away. In 1989 I was shopping with my fiancé Veronica (who later became my wife) in South Molton Street. We went into Molton Brown to buy lipstick and I fell in love with the environment – the smells, textures, colours and, most of all, the products. I got chatting to the lady behind the counter who told me the shop had been trading for 17 years, initially as a hair salon. People flew from all over the world to buy its signature curlers or nettle and chamomile lotions. Intrigued, I asked her boss, Harvey Collis, why it wasn’t better known. ‘Haven’t I got enough problems?’ was his laconic reply. I said I thought I could help. So in the middle of a recession, I quit my City job and started at Molton Brown. My timing couldn’t have been worse. Within six months, Harvey and his wife Caroline had separated and their business had gone into receivership. Harvey bought out the hair salon, while businessman Michael Warshaw helped Caroline fund the cosmetics side. When Michael asked if I wanted to stay involved, I said absolutely – but only for a stake in the business. ‘Do you truly believe in my ability to help you?’ I asked. ‘Yes,’ he said. ‘Well, would you mind lending me the money to buy my shares?’ At that point I was penniless. Michael agreed and became my mentor. Molton Brown was my university – as a vertically integrated company it gave me the foundations of everything I know about business. We inherited a brand with a mountain of stock, a factory in Bishop Stortford and a couple of luxury hotel accounts providing miniature hand wash bottles for guest bathrooms. We were losing 30p on every bottle. Initially, Michael wanted to close the factory and get out of the hotels. But when we examined the costings, we saw we could manufacture more efficiently and start making a margin. In later years, having our own factory gave us a competitive advantage as we could provide unrivalled levels of service.