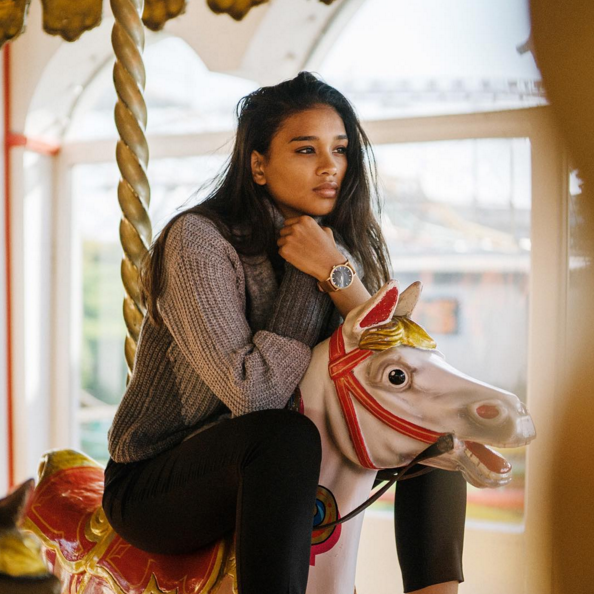 The event took place at the Ace Hotel in Shoreditch, where the founders of young British companies assembled alongside executives from Facebook and Instagram.

To recap, Facebook bought Instagram back in April 2012 for $1bn, at which time the photo-sharing app was unprofitable. 18 months later in October 2013 and Instagram revealed its monetisation agenda would involve introducing ads into user feeds. ?We have big ideas for the future, and part of making them happen is building Instagram into a sustainable business. You may begin seeing an occasional ad in your Instagram feed if you?re in the United States,? the company blogged. ?Seeing photos and videos from brands you don?t follow will be new, so we?ll start slow. We?ll focus on delivering a small number of beautiful, high-quality photos and videos from a handful of brands that are already great members of the Instagram community.? At the time of the announcement, the service had 150m users and as of September 2015 it had more than doubled to hit 400m users ? growth that would have solidified the platform as a viable marketing tool to brands. September also marked the arrival of ad support for small businesses, as Instagram sought to support the UK’s SME market that has become a key part of parent company Facebook?s strategy. At the London SME event, Real Business heard from Instagram?s COO Marne Levine, formerly Facebook?s VP of global public policy. She highlighted the 400m strong global community and said that at the last count the UK had 14m users, which she claimed had grown since. ?It?s interesting to see the various ways people use the platform, and how businesses of all sizes are on Instagram. We spent this year looking to grow business users and to meet and achieve business objectives,? said Levine.

A similar event had taken place in Brazil and Levine revealed one of her favourite case studies. A woman had lost her job and used the severance pay to invest in baking equipment and then took to sharing her creations on Instagram. While people enjoyed seeing her goods, they also wanted to know more about the person behind the cakes. Levine said: ?Customers started saying ?who are you?? and asked for photos of her to talk about her as a person. It?s not just a business, it?s the stuff you?re passionate about. There?s compelling human interest behind all of these, so it?s persona and authenticity that comes across. How you create presence and understanding stories helps bring businesses to life.?

She noted that some of the smaller companies had started to advertise and explained the evolution of Instagram?s paid marketing option. While the platform was originally targeted at big brands and described as ?pretty expensive and involved?, Levine said it was the right way to start.

?We got a lot of feedback from brands and the community. What we heard was people in the community wanted to take the next step, so they could see, watch and learn more,? she detailed. ?They wanted to go behind the ritual shop window and figure out how to get it [the products]. We?ve introduced new objectives to leverage Facebook targeting to reach new customers or deepen relationships with existing customers.? In particular, the added new updates to support small businesses mean there?s a self-service approach so companies don?t need to go through an Instagram rep. ?If you know about Facebook advertising you can apply similar lessons here,? added Levine. She described the Instagram advertising option as ?personal marketing at scale on the mobile, which feels personal? while dubbing it a ?visually creative canvas? where people are actively looking for inspiration and excited to hear about things that match their interests ?We?ve been going slowly to understand what?s going on. We?ve been seeing great results and ad recall on Instagram is three times better than the Nielsen norm for online ads ? in the UK it?s four times better,? Levine revealed.

Five years in: Instagram is the epitome of line-of-sight marketing for the digital age

Watch brand Shore Projects is one of the businesses using Instagram to promote its range of timepieces. Of course, many companies showcase wares on the social network, but Shore Projects set itself apart by using the app to attract talent. ?We?ve used Instagram to recruit. It has an amazing community of content creators. When we started creating content for the brand, we hired a cool photographer, started posting but then thought it just looks the same all the time,? said Neil Waller, co-founder, Shore Projects. ?From luck rather than skill, we came across cool people creating content and said ?we love what you do, we?ll send some watches and you can create some content?. We?ve now got to the position where 80 per cent of content we use as a brand comes from Instagrammers. It inspires our normal customers to create content as well, creating a cyclical effect and amplification where we get lots more content from people we haven?t even tried to collaborate with.? The company, which creates products inspired by the UK seaside, is now producing three look books a year and has achieved sales in over 100 countries. As a result, people globally are producing content for Shore Projects. Waller noted that a meeting with Bloomingdales saw the buyer looking at Instagram pictures on their phone during the pitch, while a buyer at Nordstrom came across Shore Projects during personal browsing time on the app. Elsewhere, Gary Taylor, the senior acquisition manager of letterbox-friendly flower delivery service Bloom & Wild mentioned Instagram?s power for driving brand awareness and engagement. Introducing unique content around the time of London Fashion Week, combining bouquets with women in dresses, resulted in an average of 500 likes per post. ?Ad usage has provided a 62 per cent growth in sales and video was revolutionary for us,? said Taylor. ?We tried video ads after launching and they worked well, because ordinarily we have a challenge of showing people bouquets fit through a door, but show them that in a video and they understand the product. The conversion of video ads was double of static ads.?

Facebook?s guidance has also been demonstrated with WhatsApp, which the social network bought for $19bn, revealing a plan to concentrate its efforts on making money from a business audience and providing the app to consumers for free.