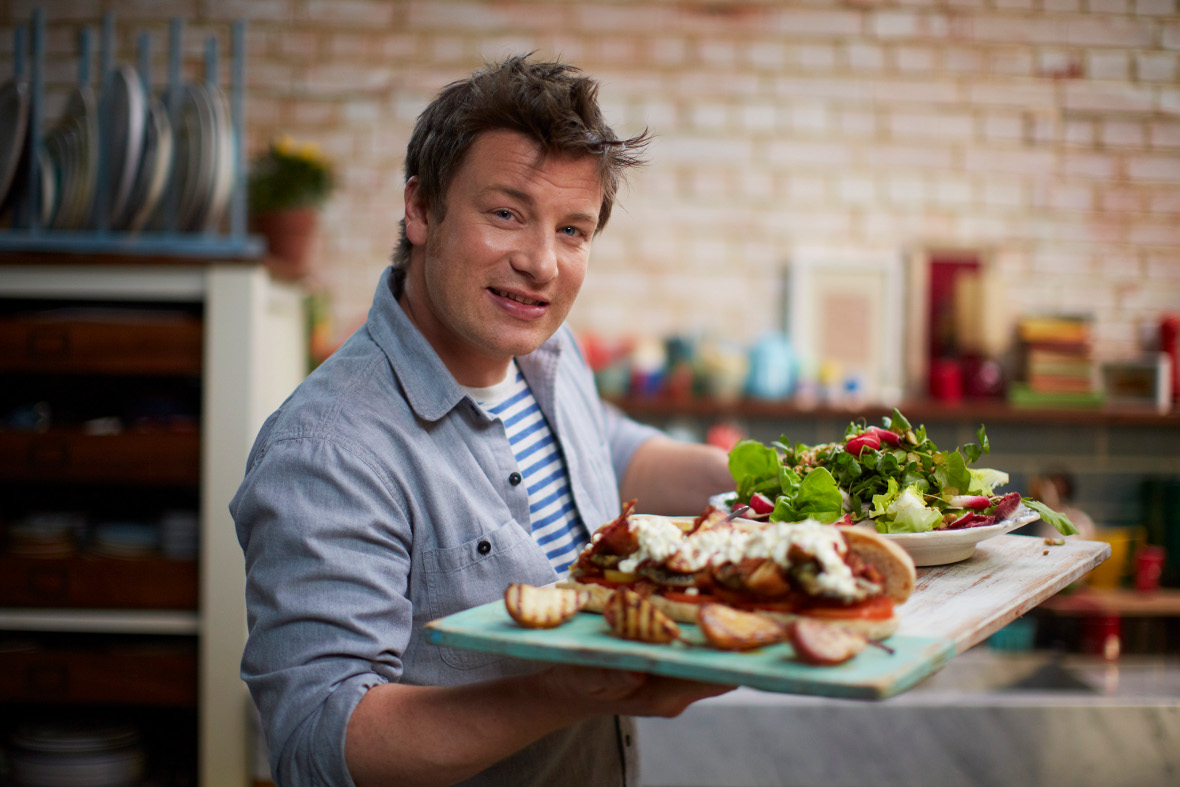 Carole Cadwalladr of the Guardian suggested that “Jamie Oliver no longer is a TV chef, or a campaigner, or a cookbook author, or the owner of several chain restaurants“. One can’t help but agree – he’s become an innovator and trendsetter within his field. It is a title that many entrepreneurs have strived for.

After its relaunch in 2013, his Food Tube channel has acquired over 2.6m subscribers and is the third biggest food channel on YouTube. His app, only a few months old, is already considered to be one of the most lucrative on UK iTunes. Alongside the recent launch of Drinks Tube, Oliver is set to release a new offering, which will be geared towards parents. The twist is that his wife Jools will feature heavily on the channel as well. It has also been hinted at that the Oliver kids could be spotted now and again. Oliver said: “Family Food Tube is designed to help parents with ideas, inspiration, or sometimes just to reassure them that they’re not alone in needing food help once in a while. My hope is that people dip in, become part of the Family Food Tube community and come back again and again as we add more content.” The chef explained that he loved YouTube as it allowed for a more direct connection to the audience. By using the social platform he was able to work out what consumers were passionate about more quickly. “Take the video we put up for scrambled eggs three-ways,” he noted. Indeed, it had almost 2m views and created a huge amount of discussion. According to Oliver, he identified that family’s yearned for easy-access recipes. To that extent, he believes that by creating Family Food Tube he is giving his consumers exactly what they asked for. “Everyone appearing on the channel is a parent, including my missus, so they know what they’re talking about, but we’re not preaching at all,” he said. Obviously Oliver seems to have banked on YouTube being the communication platform of the future. He has used it to advertise his books and promote TV shows, as well as his national food campaigns. While technology isn’t the focal point of Oliver’s business, it’s certainly one of the key driving forces to its success. Oliver has argued that YouTube is the perfect way to develop broadcasting talents, which have included cooks such Kerryann Dunlop. He is also a massive fan of “vlogging” video footage from his own kitchen table – a concept which inspired a segment called “What’s Jamie Eating Today?”  Read more about YouTube: He has admitted that while he does use Twitter, the challenge of getting so much out into so little digits “just seems to bring out the worst in humans”. He noted that Instagram, because it’s just images, has a “warmer” audience. He has been known to wear activity trackers, explaining that he is “quite fascinated by it all”. He suggested that there was a lot of data that could eventually help quantify how many calories you ate. “There’s technology called TellSpec that can tell exactly what is in food or blood or piss,” he said. “It can tell if there’s metals or hydrogenated fats or what kind of vegetable and it’s very interesting technology that can be used in phones or with phones in the not-too-distant future.”  Oliver suggested that a “dream” of his was involved wristbands that could help to resist the rise in diet-related disease and” truly make a difference” in a sustainable way. He noted that knowing how people are living and what their patterns are could be a huge advancement for GPs. Oliver explained that strategists and CEOs seemed to think he had a master plan.  “All I know is that I want to get really good content out there, more standardised content that I think will make a dramatic, sustainable, exponential difference to people’s cooking and shopping habits,” he said. Oliver suggested that one of the reasons he flocked to social media, as well as technology, was because the food sector lacked “access to good content”. He defined the fact that food was the most searched for thing online, after porn, as “radically massive”. Yet he’s convinced that the sites growing most aggressively are not those of food lovers, they’re a “bunch of plop”, and “venture capitalists who have just gone and illegally skimmed off a bunch of recipes” they don’t own. His goal, it seems, is to get to the top of Google’s search terms.  “I believe it has the capacity to make the difference to more than a billion people. That for me is really exciting,” he said.  By Shané Schutte