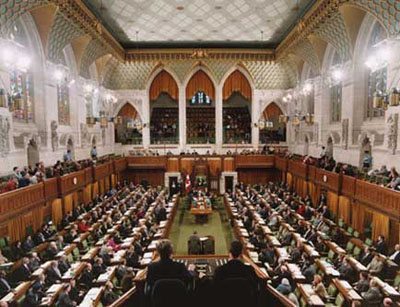 The event was organised by Kleinwort Benson with an impressive panel of speakers: Dr Mike Lynch (founder of Autonomy); Luke Johnson (previously of Channel 4 and Pizza Express, among others); and Phil Davies (the animator/producer of the highly successful Peppa Pig children’s cartoon series).

We were there for two main reasons. First, to meet MPs with an interest in driving entrepreneurial business growth (hence the location), and second, to hear some excellent speakers and participate in a lively panel debate.

However, the temperature in the room went through the roof when Luke Johnson asked how many MPs there were in the room, only to find there were just two! He was clearly and quite rightly totally unimpressed. To paraphrase his reaction: “The biggest issue facing the UK right now is economic growth, which will be driven by innovative, entrepreneurial, world-leading companies such as Autonomy. So what’s more important for this country’s MPs than to meet and understand the needs of the business community?”. His words were like fireworks, sparking a heated and very positive response from the audience.

So, for the benefit of those (particularly the MPs) who missed it, here are three important/consistent themes from the event:

1. When Mike Lynch set up Autonomy, his bank manager wouldn’t lend him any money and suggested he become a newsagent instead (as people always need newspapers)! The DTI was equally unhelpful. In the end, it took a business angel (who Lynch met in a bar) to lend him the start-up funding. Message: we need more business angels, with more active encouragement and tax breaks for the risks they take. 2. Technology is, without doubt, one of the biggest industries of the future – yet we only have three tech companies in the FTSE 100. Surely we should be doing even more to create tech hubs in the UK? After the fanfare of Cameron’s Silicon Roundabout, has the government moved on to the next PR opportunity? It would have been nice to have discussed this with a few MPs last Wednesday – if they’d turned up. Lynch highlighted that the engineering arms of many famous US tech companies are run by Brits, based in Silicon Valley. In fact, hardly anybody in Silicon Valley comes from there – it is just a hub that attracts talent. The UK kicked off the industrial revolution – Brunel’s spirit now needs to be recreated in the businesses of the future. Message: we are a nation of innovators. Why do we find it so difficult to attract and retain talent in this country? 3. It’s not just technology companies we need more of. Lynch told us that research from NESTA shows that it takes only six per cent of high-growth companies to create 50 per cent of new jobs. High-growth business create a virtuous circle – they create an “eco system”, employing people, training them, creating spin-offs. Message: focus on the high-growth SMEs that create jobs and reduce the burdens placed by government. Less rhetoric, more action. Last week, the entrepreneurs beat the politicians 30:2. I look forward to a re-match.