SkiBoutique, a website for connecting clients with exclusive ski chalets, knew this from the beginning. In fact, they knew it before they started.

Sam Frith, who founded the company with his brother Dan, said the idea came during one “wine-fueled” night when they worked at a ski resort in Europe. His brother was discussing the large amounts of money celebrities spent at these resorts, and it “pricked my ears,” Sam says, to do some market research.

The offerings, however, were unimpressive. “I was shocked – and quite excited as well. I didn’t come across one single website that looked good. It was like someone selling an Apple computer at a local corner market. We decided we could do a better job through my expertise [in branding].”

They launched SkiBoutique as a side-project. From the beginning, Sam’s ideas were about how their website should communicate luxury to its clients. “I specialised in branding, that’s my niche. To that end I thought about the colour palette – grey and gold – colours that really feel like premium; and the right typography: font that says luxury.

“I used the same font as Harper’s Bazaar magazine [because] it’s a font that people will be aware of, it just says luxury.”

I pointed out to him that, despite being a totally digital business, it lists its address in both Australia and Switzerland – something only legacy firms (who existed at a time when snail mail was the only way to communicate) and firms aspiring toward a legacy-like image, like luxury magazine the Monocle, do. “It’s funny you mention that. The Monocle is a huge inspiration for me. I didn’t think of that, but perhaps it’s the reason!

“People perceive us to be a global company and to be bigger than we are, which I think is quite important.

“It has to feel like luxury. There are 20 websites offering the same chalet. They [clients, or PAs] are going to deal with the company which gives the quickest, best service, and the one with the best branding.”

Because of its USP – that it offered a sleek, more attractive service which paralleled the luxury chalets it was advertising – it quickly attracted a lot of attention and the brothers, including Sam’s wife, went onto the project full-time.

Three and half years later, SkiBoutique is thriving and still refines and redefines its original message.

Apart from branding, Sam sees good service as crucial to SkiBoutique’s success as a business. “We have a policy: we try to get back to every enquiry in less than two hours, and that it be a personal message, not a flip-back;” fusing good branding with good service.

While service should always speak for itself, sometimes in the digital era the marketplace is too crowded for it to do that reliably. Success comes from implying you’re the best, before the client even knows it’s true. 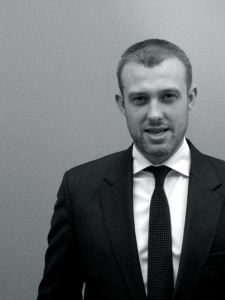 UK banks are the biggest barrier to SME growth 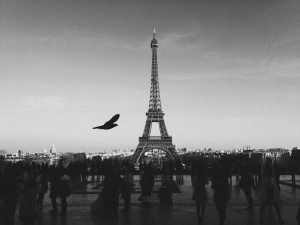 Sweet romance in C-suite: how Mairead Molloy made Berkeley International