It is unsurprising that there has been a strong backlash to these remarks, particularly coming as they do from a woman, and a mother of six. In reality, though, Oriol was articulating what many SMEs think about women going on maternity leave – it is very disruptive and can have a profound effect on a small business.

The bad news is that the problem of female employees going on maternity leave is about to get worse. For babies who are due and children who are adopted on or after 5th April 2015, a new regime of Shared Parental Leave (SPL) is coming into effect, giving both parents the opportunity to share up to 50 weeks of leave (reserving compulsory maternity leave – generally the first two weeks after childbirth – exclusively for the mother). 37 weeks of statutory Shared Parental Pay (SPP) will also be available to be shared between parents, at the lower rate of Statutory Maternity Pay (currently £138.18), or 90 per cent of actual pay if that is lower.

SPL and SPP will be available to all employees who have 26 weeks’ continuous employment at the 15th week before the expected week of childbirth, provided both parents are economically active (earning the lower earnings limit for NICs in employment or eligible for Maternity Allowance in self-employment).

The rights to SPL and SPP can be exercised by the partner of the mother (of either sex), provided that they are the main carer of the child apart from the mother. SPL does not have to be taken in one block, and both parents can exercise their right to leave concurrently. SPL must, however be concluded by the child’s first birthday. There are complex requirements for employees giving notice and providing information, including about their partner.

There are going to be some serious challenges for SMEs here. There is the fact that employees are only required to give eight weeks’ notice of their intention to take SPL. While it may generally be physically obvious in the case of a woman that there is an impending maternity situation, an employer may have no such insight in the case of a father/partner. An employee taking 50 weeks SPL on two months’ notice would be very problematic indeed for most smaller employers, but there is no ability for an employer to refuse a request for a continuous period of SPL. Then there are the potential requests for discontinuous periods of SPL. Employers can decline requests for more than one block of leave, e.g. “I would like to take two months off, then return for a month, then take a month off, then return for two months and then take a further month off”.

Unfortunately, however, employees have the right to make up to three separate requests for SPL, so the above pattern could be achieved by the employee simply making three different requests for continuous periods of two months, one month and one month, provided he did so on at least eight weeks’ notice on each occasion.

The employee will also have the ability withdraw and reframe a request for SPL that has been rejected without even using up another of the three requests. Short notice and the potential for an employee to insist on taking three blocks of leave are factors which are going to make putting cover for the employee in place very difficult, in an SME environment where there is unlikely to be any slack within the existing workforce simply to absorb an employee’s duties when they go on SPL.

Just in case the solution appears to be to dismiss an employee who is asking to take SPL/SPP, this will be unlawful, as will treating an employee detrimentally because they want to exercise their Shared Parental rights. These protections will be in place from 1 December 2014.

So what can an SME do in practical terms to cope with SPL? Being well informed about employees’ entitlements will be important, so that requests are handled lawfully. Employers should encourage early discussion about an employee’s plans so that they have advance warning of projected time off. Creating a culture of open dialogue rather than compliance with the unhelpfully short time frames of the legislation is going to be key. Employers should try to negotiate with the employee rather than reject requests (which can then be re-presented in a different format), and focus on what is essential for the business rather than what would be ideal.

Finally, in much the same way that a woman on maternity leave can do ten ‘keeping in touch/KIT’ days, a parent on SPL will be able to do 20 keeping in touch of so-called ‘SPLIT’ days. There is scope here for an employer to seek to agree with an employee that they will come into work during a period of SPL to carry out essential work at peak times. There is no reason why a financial incentive over and above a day’s normal pay should not be offered in such circumstances.

It is ironic that we may be moving to an era where the only ‘safe’ recruit, if one adopts Monica Oriol’s stance, would be a woman over childbearing age. Unless, of course, she was in a same sex relationship with another woman.

Lucy McLynn is an Employment Partner at Bates Wells Braithwaite. 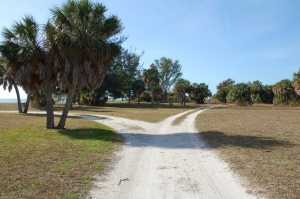 How to plan your non-executive career