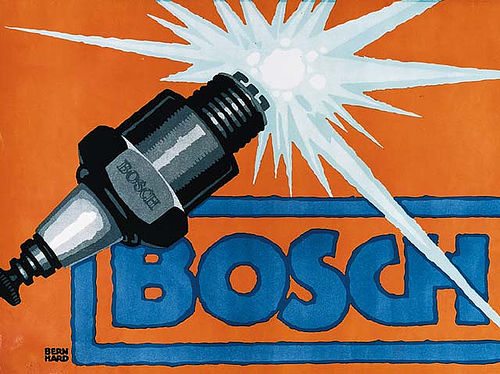 After reflecting on the figures, Real Business talked to Bosch UK‘s president Peter Fouquet about the success they gained from energy efficiency, which 45 per cent of their investment is spent on. It soon became apparent that what Bosch had to offer was a lot more than consumer battery-driven power tools and sustainable home technology that cuts down costs.

“There’s a big discussion in London about the creation of a low emission zone in 2020, which would allow only electric cars to enter the city,” Fouquet states. “As of yet this is only a theoretical concept as no one really has a clue how it could be feasible to ban all these cars out of London. But we think we can provide technical solutions.” Indeed, the automotive space makes up 60 per cent of Bosch. A big success story for Bosch has been their car engines, which drive down fuel consumption as well as CO2 emission. The company provide state of the art injection technology for diesel engines that acts like a filter. In fact, the air coming out of the engine is much cleaner than the air going in. Fouquet continued: “ It is our intention to support the car industry as we have with all other energy efficient products. If we were to create such cars with acceptable European emission standards and such cars were to become the norm within London, then we could very well reach this target. Through such technology, the concept of a smart city could be in our grasps. “We could situate charging stations around London where you could hook your electrical car or bicycle. Or, for example, say that street lighting was guided not by a switch, but by the traffic on the street. “We are also one of the major suppliers for CCTV cameras. Instead of just using such cameras to monitor speeding cars on the M25, we can use them to steer traffic automatically. We can combine all these things on concept and call it a smart city. It’s very interesting and one step in the direction of a less polluted world. “More importantly, however, will be connectivity in traffic. Any form of traffic, especially in big cities like London, could be connected through smartphones or ipads. The cars themselves will be more connected to the environment around them as well. “Although autonomous driving is still in the works for 2025, on the road to that estimated date there are a lot of steps to take, such as lane departure warning, narrow lane assist and break assist, which would be connected to video camera technology or radar sensors. These are interesting questions but this will hopefully be solved in 2025.” It seems that energy efficiency is the way to go in both making consumers happy and taking the UK one more step down the innovation road towards smart cities. Image source By Shané Schutte