What are the challenges of being an FD in this sector?

Understand this is a difficult sector to operate in. There’s a high level of uncertainty and frequent change.

You need to understand the club’s mission and objectives, assess risks and how to deal with them and fundamentally develop good relationships with key partners such as the Premier League, banks and other financial institutions, as well as the local government.

It also involves managing cash flow on at least a weekly basis as institute change quickly and preparing monthly management accounts and reviews against budget.

Furthermore, we need to make sure that everything is in compliance with Premier League imposed cost control and Financial Fair Play rules.

What is the FD’s relationship with the MD and chairman?

At Swansea City both the chairman and managing director roles are handled by one person who labours 24/7 on site. This makes communication a lot easier. Since both of these roles are usually responsible for incurring football related costs such as transfer fees, agents fees and player contracts, which can amount to 75 to 80 per cent of total revenue spending, it’s important that the relationship between the FD and them is extremely close.

In fact it’s difficult to envisage real success without that relationship.

Eight clubs have made a profit this year with Swansea City leading the pack. What was key to achieving this figure?

What strategies did you employ to grow Swansea AFC?

We embraced a style of football introduced into the club by Roberto Martinez and applied it to every playing level (ie the senior squad, the academy and development centres) and resolved to acquire future managers and players capable not only of preserving continuity of the style but to produce improvement along the way.

We are not called “SWANSELONA” for nothing!

Many clubs don’t have this philosophy and bring in managers each of whom employ different styles of play with ill effect.

Why do you think so many clubs fall into trouble?

I think there are many reasons for this. Some were acquired and run by people on an ego trip with no understanding of the “football business”.

Risks have been undertaken with little or no prior assessment of the likelihood of success and no insurance policy in place to counter failure. Nothing is guaranteed in football either on or off the pitch and once potential risk turns into reality, panic sets in and tends to accelerate into big trouble.

People at the top fail to understand that, simply put, their club consists of two teams. One which operates on the pitch and the other behind the scenes in backroom offices. Success achieved by either one though does not guarantee the good health of the club.

The secret is that both teams need to be run well and in concert. In Swansea City we have nine board members possessing a range of skills acquired in running their own businesses outside of football. Most of us are also lifelong supporters well versed in the dark arts of the football world.

In fact, five of us are involved 24/7 in the day to day activities of the club. And we very much keep the fans in mind and have a Supporters Trust holding shares in the company and a seat on the board.

In a 2013 Deloitte review it was found that Swansea City’s players give the best value for money of any Premier League team. It also revealed that they had the smallest wage bill in the division yet still managed to finish 11th in the Premier League standings. How do you keep this sustainable balance?

It’s fairly simple really. We look for players who tick the boxes:

How do you calculate the cost of a player?

For balance sheet purposes the cost which is included under the heading of Intangible Assets will consist of the transfer fee payable + solidarity payments + levy + agents fees.

This cost is written off over the period of the players contract.

For profit and loss account purposes there is an annual cost consisting of the players earnings, including salary + any sign on fees + bonuses + national health insurance + benefits in kind + the write off of the balance sheet cost mentioned above.

Finally there is the total cost over the period of the players contract which, if it say covers a period of three years, will consist of three times the Profit and Loss annual cost.

Do you have any advice for those following in your footsteps?

Yes. Hire a good physic and a tin hat!

To be serious they should always remember they are involved in running a business not a hobby and apply sound business techniques like all other successful companies. The fact that football is really part of the “entertainment“ business should not be an excuse to run a club as if you are playing roulette. It is now a big money business, particularly for Premier League clubs with lots of investors expecting a good return. 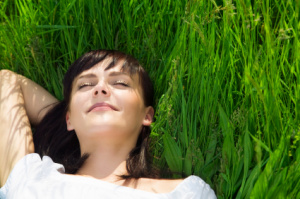 Health and care seen to be most fulfilling job sector 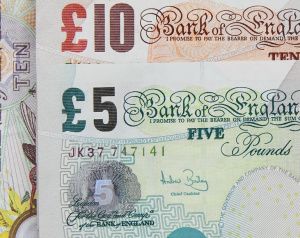