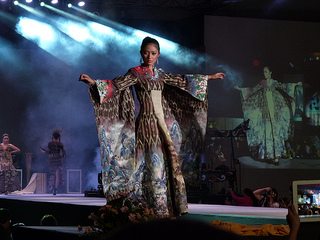 In the UK, Imperial College?s bioengineering department are currently working on software algorithms that will read how our brains process visual cues and pick clothes for us accordingly. Elsewhere, computers are allowing designers to simulate virtual catwalks to give each product an early test run. Then there is 3D technology which is changing the face of the fashion industry – notable at the Chinese Fashion Week earlier this year with their 3D fitting systems.?

The fact that you can now use such technology to custom tailor, scan a body shape and even make a virtual 3D model on a computer ready for fitting is amazing engineering and innovation in fashion. Fashion discounts on luxury brands may well be drawing in customers, but technology is doing much more.? In short, changing technology is coming to dominate all aspects of the industry, from design to shipping to brand management.

Branding in the digital age

The social media revolution is simply one of the greatest widespread technological leaps in human history, especially where marketing is concerned. From the dot com boom to the rise of Facebook and the dominance of Pinterest, the online interaction of companies with their consumer base has gone from strength to strength. But, as the world grows ever more digitally, savvy brands have struggled to keep their marketing relevant. When the entire world knows how to manage its online appearance through tactical Facebook updates and carefully crafted Twitter posts, how can fashion marketers make an impact in the same way and go beyond what is expected??

There is another way

Earlier this year, mega-brand Oscar de la Renta demonstrated exactly how to harness new technology by using Instagram to give its loyal online followers a desperately sought-after preview of its autumn campaign. Gorgeous images of the newly-debuted shoots were released following a last-minute Twitter announcement, driving interest and instigating the 21st century equivalent of an in-store riot; as people strained servers over the globe, hoping for a peek at the upcoming goodies.? It?s an impressive example of how brands are learning to cope with the new technologies of the digital age. Old models of delivery ? such as the rigid system of launching new products in the hefty September issue ? are being blown away, like chaff on the wind, leaving space for pragmatic innovators to change the media landscape. Want to annihilate the rule book and smash apart some boundaries? It?s never been easier: across the internet, new forms of social media are sprouting like mushrooms, just waiting for some daring marketer to come along and use their platform to redefine the fashion industry.

Where do we go now?

Whatever your opinion on social media, there?s no denying that fashion?s future lies down that path. New players are already emerging from the mass of humanity to lead consumers in their wake ? like ancient prophets striding over burning deserts, equipped not with stone tablets but a large catalogue of samples and glossy magazines. Right now, the most-obvious place to look for these future leaders is YouTube, where professional nobodies are using social media to become global game-changers. Ordinary teenagers are relentlessly promoting themselves and their fashion opinions and, in doing so, are reaching audiences of over 3.5m ? more than the population of Panama or Uruguay. The likes of the Huffington Posts are featuring articles on her fashion takeover and she is seen as the new business of fashion; the use of young fashion marketers.? So, is YouTube the channel of the future? Right now, it looks that way. South Korean rapper Psy?s official channel, for example, has been viewed once for every two people on the Earth ? a phenomenal number. But it?s worth remembering that one can never guess where the internet will go next. A few years ago, MySpace was an indispensable tool; as was Digg. Now they look like Beta Max did in the 1990s: an embarrassing mistake best forgotten. One day, maybe, YouTube will follow their lead. But for now, it remains a giant of social media and one no conscientious brand manager should dare to ignore in business. Hannah?Connor?is a freelance content writer and product strategist working on the Topman Vouchercloud discount team. Hannah has been involved in fashion and product developments, creating strategies in her projects.?