Ponan, who had took control of the business in a management buy-out two years earlier, was looking to secure £150,000 in investment to help the business gain its first ever supermarket listings.

But it proved to be a sour experience.

“We didn’t get the money and I found the whole experience quite difficult. It even made me think twice about whether I wanted to keep the business going,” she says.

The negative feelings stemmed not just from the unsuccessful campaign but the often abusive and sexist comments she received from investors.

“I had face to face and written remarks such as I was ‘just a little girl’ and that I would ‘never get investment’. I even had people laughing at my financial forecasts,” she recalls. “It is very difficult to deal with comments like that. But that episode made me more determined to prove everyone wrong and drove me on.”

Within months of that campaign Creative Nature, which makes healthy snack bars, flapjacks, superfood powders and allergen free baking mixes, had secured its first listing with supermarket giant Tesco. It is now stocked in a number of high street retailers such as Asda, Sainsbury’s and TK Max and is exporting to countries including Switzerland, Malta and Denmark.

It has a £1million turnover and employs eight full-time staff.

Such success wasn’t just a distant dream in the dark crowdfunding days of 2014 but also the equally as challenging beginning in 2012.

Ponan, a financial analyst by trade, had been hired by the bosses of Creative Nature – at the time selling a mix of products from candles to incense, buddha statues and some superfoods – in 2011 to investigate why it was racking up losses of £56,000.

“They brought me in on a full-time role to do due diligence and find out what had been going on,” she says. “A year later I took the opportunity to carry out an MBO because I had a plan to develop the superfoods side of the firm. It was scary because I was 22 at the time and had never done anything like that before. Looking back, it might have been easier to start a new business from scratch, but I believe that as an entrepreneur you have to build at some point – so I decided to build Creative Nature.”

Ponan had a personal interest in healthy eating as she suffers from anaphylaxis and is allergic to nuts as well as chickpeas and lentils. “That is a problem if you want to eat healthy, free-from food as many of these contain nuts and seeds,” she explains. “I started making my own snacks as I believed there was a gap in the market. I asked my friend Matthew Ford to join me in the business. I had known him from when we were 16 working in Waitrose together. He was working as a primary school teacher at the time, but I sold him the entrepreneurial dream!”

Ponan began delivering on that vision by taking to the streets. “We would cook our recipes in our kitchen and then we would venture on to Kingston High Street and ask people to taste,” she recalls. “That led to a lot of tweaking and innovating. You have to do that at the beginning, organise customer focus groups and find out what they like and don’t like.”

Creative’s products were, in the first two years, mainly sold to wholesalers who would then distribute them to health food stores. In addition, sales were made at food and consumer shows, direct to independent health stores and online via its website.

“We were a small two-person self-funded operation at the time, but we had big ambitions. I really wanted to get the product into the supermarkets and we felt that first crowdfunding raise would help us. We also wanted to expand the team, boost our marketing and help our cashflow and working capital. Some of our raw materials and ingredients from Peru, New Zealand and Hawaii take two months to come to us via sea freight and that can be a challenge,” she says. “But, as I said we failed to get the crowdfunding money we wanted.”

Soon after that setback and armed with its “last bit of marketing budget” the company went along to that year’s Natural & Organic Products Europe show – one of the industry’s leading events.

“We knew the supermarket buyers would be there and I told our selling team that we had to treat every single person we met as a potential customer,” Ponan explains. “That’s because at these shows, as supermarket buyers don’t want to be bombarded by people every single second, they take off their name badges. We had a successful show as we managed to sign up Ocado at our stand. We were really happy.”

Weeks later there was even better news.

“We got a call from a lady who admitted to us that she had told a ‘porky pie’ to us at our stand and she was in fact a Tesco buyer!” Ponan says. “She said they wanted to stock our products nationally but that we had only 3 weeks to get them into its stores. We had to radically scale up and I remember staying up to 4am every day labelling thousands of our products. We got family and friends to help and we made it.”

From that point Ponan used Tesco as “leverage” to get listings in other supermarkets. “They loved our products, but they also knew that the demand from consumers for free-from ranges was also growing,” Ponan explains. “That demand is global and last year we responded to it by starting our exporting business.”

Ponan wants to further develop new brands such as its baking mixes and muffins as well as build more international sales. She turned down investment after appearing on TV’s Dragons’ Den last year and is instead returning for another crowdfunding raise, this time on Seedrs in early August.

She clearly sees it as a landmark moment.

“After we landed the Tesco deal some of the non-investors who had made those negative comments actually came back to me and said they wanted to buy the company!” she says. “We proved to them that we did have a great business on our hands. Perhaps it is a lesson for other entrepreneurs. You will always get bad comments and moments. You just have to push through it.” 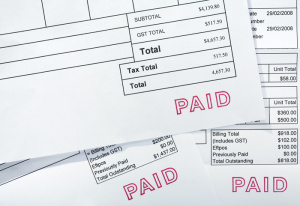 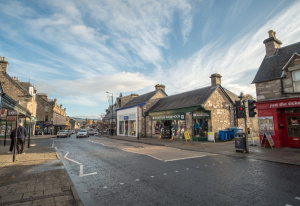