After consecutive years in eighth place a ten per cent increase in revenue in 2014/15 helped Arsenal leapfrog Chelsea into seventh. The vast majority of this revenue growth is extra commercial revenue, which rose by £26.2m, the second highest commercial revenue growth of all Money League clubs in 2014/15. This increase has been driven by the commencement of the club’s new kit sponsorship deal with Puma.

Together with the recently renewed shirt and stadium sponsorship agreement with Emirates and a number of new regional partnerships in various territories around the world, this has helped boost its commercial revenue to over £100m for the first time.

At £100.4m Arsenal recorded the highest matchday revenue of any Money League club despite the club playing two fewer home games than in the previous season. Broadcast revenue rose slightly by £4.4m to £127.6m, remaining the club’s primary revenue stream and comprising 39 per cent of the total.

Record values for all revenue streams have resulted in Arsenal’s rise up the Money League, with the Gunners earning the highest matchday revenue of all clubs, a feat it has never achieved before. It is also the second English club ever to earn over £100m in each of the three core revenue areas in the same season.

Total revenue fell in 2014/15 from £324.4m to £319.5m, resulting in a demotion of one place to eighth in the Money League. The majority of the £4.9m decrease in revenue can be attributed to a fall in broadcast revenue, despite gaining the highest payout of centrally distributed revenue of any Premier League club in 2014/15 (£99m). And losing in the UEFA Champions League in round 16, compared to the prior season run to the semifinals, resulted in a reduction in UEFA distributions from £36.3m to £29.8m.

Despite the decrease, Chelsea has the fourth highest broadcast revenue of all Money League clubs, with only Real Madrid, Barcelona and Juventus generating more. A large uplift is expected in commercial revenue is soon expected as a result of the reported £200m five year deal with Yokohama Rubber, the second largest shirt sponsorship in English football history.

The capacity constraints of Stamford Bridge were once again highlighted in 2014/15, as matchday revenue fell slightly by £0.2m to £70.8m, claimed Deloitte. Despite having the fifth highest matchday revenue of any Money League team, Chelsea has made its intentions clear on enhancing it further, recently submitting a planning application to build a new 60,000 seater stadium at Stamford Bridge which would deliver a significant boost to revenues in the medium term.

Liverpool maintained ninth position in this year’s Money League, following a 17 per cent increase in revenue after a return to the UEFA Champions League and healthy increases in matchday revenue.

Despite average league attendances dropping, matchday revenue grew by £11.7m, owing primarily to four home matches played in European competitions and three extra domestic home matches due to semifinal runs in both cup competitions. The redevelopment of Anfield is now well underway with work expected to be completed during the 2016/17 season, which should result in significant matchday revenue increases, with capacity set to increase to 54,000.

Liverpool’s broadcast revenue increased by £21.9m as the gains from a €34.1m UEFA distribution outweighed a decrease in Premier League receipts of £4.7m, due to a lower league finishing position. The club’s commercial revenue increase was only eight per cent when compared to the matchday and broadcast revenue increases. This growth is set to continue as Standard Chartered, who have appeared as Liverpool’s shirt sponsor since the 2010/11 season, announced a three year extension through to the end of the 2018/19 season.

In addition, Deloitte explained, New Balance, the parent company of the 2014/15 kit supplier Warrior, took over as kit supplier from the start of the 2015/16 season. 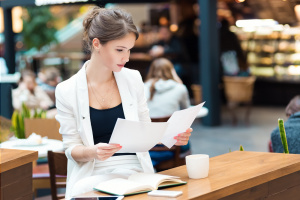