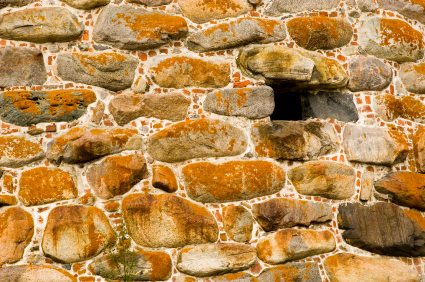 There’s been a large amount of HMV bashing over the last week but this is a bandwagon that I am refusing to jump on.

I agree entirely that times have changed, that many people buy music in a different fashion today than they did a couple of years ago, and that HMV were slow to adapt. Despite this, I’m firmly of the belief that even if they had done everything else correctly, the business would have still failed without employing a healthy dollop of tax avoidance.  According to the Entertainment Retailers Association, physical formats still account for nearly 80 per cent of the albums market. For well over a decade, the struggling music chain has had to try to compete for market share, while wrestling with a 15 to 20 per cent price disadvantage, courtesy of a tasty little VAT dodge known as Low Value Consignment Relief (LVCR).  Companies such as Play.com and Amazon were able to ship their goods out to the Channel Islands (who are crown dependencies; not part of the EU but enjoy a special relationship with the UK) and back again in order to alleviate the need to charge VAT.
This created a rather perverse situation; every morning, Jersey and Guernsey residents would observe thousands of discs come in to port, just to be turned around and sent straight back to the UK again. Not wanting to upset the apple cart, the UK government did nothing about this cosy little arrangement, until a small group of retailers known as RAVAS (Retailers Against VAT Avoidance Schemes) took a complaint directly to the European Union. After a brief court case it was deemed this practice was contrary to European Tax law and the loophole was closed last year. While Play.com had always maintained they only operated from Jersey out of convenience, they announced this year that they would close down their retail operation and cited the removal of LVCR from the Channel Islands as one of the primary factors leading to this decision. VAT avoidance, courtesy of LVCR continues to this day via other territories. For example, it is claimed by the Guardian that The Hut Group routinely send DVDs on a 7,000 mile around trip to Chicago and back to avoid collecting VAT. In the current economic and environmental climate this is, quite frankly, ridiculous. Which brings me back to the thrust of this post. I really believe the government needs to do more in order to protect legitimate UK businesses from the dangers posed by offshore tax avoidance. The LVCR fiasco begs the question as to why the UK government did practically nothing to limit the damage caused by LVCR. Instead, they idly watched on for so long as legitimate businesses went to the wall. With the problem of LVCR moving to new areas, how long will it take them to act again? Of course, when it came to tax issues, LVCR was just half the problem experienced by HMV stores. If we look at the tax arrangements of their principle competitor we see that Amazon’s UK division has paid just £2.3m corporation tax on sales is £2.5bn over the last three years. I know of medium sized businesses with a few dozen employees that have paid more. Running a bricks and mortar business is difficult enough, but when your primary competitor is not only avoiding collecting VAT but also paying practically zero corporation tax, it becomes neigh on impossible. HMRC’s current tactic seems to involve scurrying to the Guardian to begin a name and shame campaign but the simple fact is that companies have an obligation to reduce their tax exposure within the confines of the law. No one can reasonably expect them to do otherwise. Even if you have the occasional success with such a campaign (such as Starbuck’s “voluntarily” paying more tax than it has done historically), the problem is endemic and needs a more permanent solution. Such a solution has to be a universal application of a simplified tax system. The need and pressure for change has never been greater and so rather than intimidation from Westminster the government needs to change the rules from inside in order to protect UK business. Chris Holgate is the owner of the printer cartridge supplier Refresh Cartridges.