Despite operating in an industry where margins are notoriously low and stockists wield large amounts of buying power, Sweet Freedom nonetheless surpassed the £1m revenue mark just months after the firm began selling a natural sweetner to supermarkets four years ago. When the company’s second product – a low-calorie liquid chocolate product called Choc Shot – was launched in 2014, it was on the shelves of all six major supermarkets in the UK within 12 months.

The strong long-term working relationship between the two founders has contributed to their success.  Michelucci and her co-founder Deborah Pyner started working together around 12 years ago, initially writing healthy eating books. ”After a book deal with a small publisher in London we achieved a three-book deal with Harper Collins and from there we moved on to developing our own range of food products,” she explained.

Sweet Freedom’s co-founder also emphasized: “Mentors who have had success in the same field have also been invaluable – learning from their mistakes means you don’t have to repeat them.” She cited Adam Balon, co-founder of Innocent Drinks, as a particular business hero, explaining: “He’s a really lovely guy who, despite his success, still goes out of his way to help others and share his wisdom.”

The inspiration for the initial fruit-based sweetener came when the pair couldn’t find a natural sugar alternative to use in their recipes. “We are both really passionate about great food, and even though neither of us had any previous actual hands on retail food development experience we didn’t let that deter us and persevered until we achieved the products that we wanted ourselves and couldn’t find,” Michelucci said.

She believes that using all-natural ingredients has allowed the brand to stand out in a tough sector where consumers are increasingly considering nutrition when they make food purchases and – according to a 2015 report from Kantar Worldpanel – the “free from” market is worth an annual £238m. “Our products tick all the health boxes: they’re, diet-friendly, vegan, and a good choice for those with diabetes,” she said.

Sweet Freedom is a brand with a mission, something which its co-founder believes has also given it an edge over the competition. “We believe that what we leave out is as important as what we put in,” said Michelucci, “so there are no additives, no preservatives and no chemical processing involved in the production process.”

But she has also tried to distance the product from food crazes, and said: “We don’t believe that the rapid growth in obesity, diabetes and heart disease has to be inevitable – but deprivation and short term extreme diets aren’t the answer.” Michelucci has instead built brand appeal by trying to appeal to consumers looking to make “simple lifestyle changes and easy swaps,” instead. Reinforcing this, Sweet Freedom products are stocked in health food stores and Boots as well as big food retailers.

The founders of Sweet Freedom have so far limited the brand’s range to two categories of product, something Michelucci suggested was key to the business’ success. “We have tried to keep it as simple and streamlined as possible and not be distracted by all the things we could do – which is difficult when there are so many,” she said. “It’s relatively easy to be distracted and go-off course, so we work hard at maintaining clear goals.”

Even in a climate where buyers are increasingly open to healthier products, Choc Shot still felt like a risk for the company. “Being the the first liquid hot chocolate it was a very different proposition for potential customers – but, thankfully, people were open to innovation,” said Michelucci.  She has since developed spiced orange and coconut flavoured variants, and plans to move into a broader range of products in the first quarter of 2016.

Though the company has suffered no major setbacks, Michelucci was of the belief that listening to the many and varied opinions of others rather than “trusting our gut instinct” has held them back at times.

Michelucci was confident that Sweet Freedom had the potential for substantial further growth, and said she wanted to increase the brand’s involvement with charities as the company grew. But she also said that being able to continue “smiling a lot and having fun” was key to her vision of the future of Sweet Freedom.

Her advice for would-be entrepreneurs keen to follow in her footsteps reinforced the importance to her of enjoying the process as well as being a success: “If someone says you can’t do something, enjoy proving them wrong. Perseverance and determination when times get tough – and they always do – is key.” 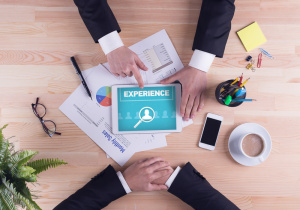 What user experience trends do businesses need to embrace in 2016? 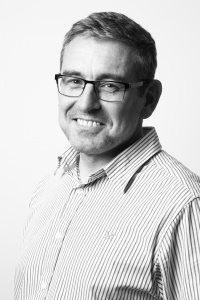