I recently read some research that will leave many business owners speechless. It showed average rents for the most expensive office locations worldwide, and the figures are mind-boggling. They’re particularly hard to contemplate when 80 per cent of entrepreneurs think that lack of access to cash is one of the key obstacles to setting up a business, according to our own research.

Head of the list, which was put together by Jones Lang La Salle, is London’s St James’s area, beloved of sovereign wealth and hedge funds.

An office there could set you back £118 per square foot a year. You’d enjoy elegant surroundings and prestigious neighbours, but you’d still be facing maintenance and utility bills, reception salaries, and set-up costs on top of that. And the set-up costs would be high: if your potential customers expect a London SW1 address, freecycled furniture probably won’t do it for them.

Rents are also stratospheric in a number of emerging and frontier cities, where a shortage of international-standard office space and/or a boom in a sector such as oil can lead to stratospheric rents. In Rio de Janeiro and Lagos, for example, rents per square foot are exceptionally high owing to severe supply issues.

Not everyone needs an office in Lagos or London’s St James’s, but for young businesses, office location is important.

Prospective customers and partners judge your business address and where you hold meetings. However good your elevator pitch, your image can be greatly tarnished if you work out of inconvenient or scruffy offices, or your phone rings unanswered.

The other real-estate issue small companies have to grapple with is fixed overheads. Even those lucky enough to afford high rents when they first start out may struggle at times if customers are slow to pay, or they lose a key client. Traditional fixed leases don’t give the leeway to navigate such blips.

Fortunately, there are other options for companies fazed by the cost and inflexibility of traditional office space.

They include serviced office space, flexible and co-working spaces, walk-in business lounges, and virtual offices, and they offer the chance to do business at premium locations without breaking the bank.

There are several different possibilities for firms to raise their profile by using flexible and virtual workplaces, among them:

Virtual offices
Virtual offices can provide a top-flight business address, with telephone answering and mail forwarding, without the expense of physical workspace. Staff at the company can then work wherever it suits them. So the business “base” could be Singapore’s Raffles Place, but the owner could work on the beach with a laptop, knowing the phone is being answered.

Flexible workplaces
Flexible workplaces offer a physical presence in prestigious locations, with built-in flexibility to move, upscale or downsize rapidly. Costs for staffing, maintenance and so on are all included, so budgeting is easier and there are no unexpected bills if the heating breaks down. In addition, business-ready workplaces spare firms from the costs (and time delays) of setting up IT connections, buying furniture and equipment, and hiring support staff. With less money spent on set-up, there’s more to invest in other aspects.

Drop-in workspaces
Drop-in workspaces such as business lounges and pay-as-you-use meeting rooms allow entrepreneurs and others to work at some of the best business locations in the world, without paying per square foot. For example, Regus’ 100-country network of business lounges allows people to hire meeting space on Fifth Avenue, meet a colleague in a business lounge in Geneva’s Rue du Rhone or touch down at office space in London’s Mayfair, as well as helping them expand into frontier markets like Angola.

There may come a point in some entrepreneurs’ lives when they are happy to pay £118 per square foot. For most firms, though, these rents are never going to be an option. And that doesn’t matter at all – because they have plenty of other ways to access these top-flight districts. 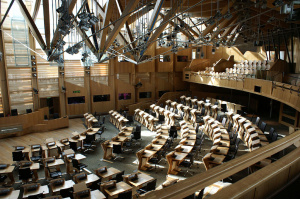 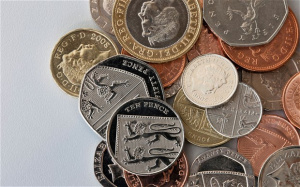