Last year, the country was rocked by revelations that a number of companies, including Google, had been employing various measures to minimise their UK tax bills.

While the mechanisms employed were, as far as we know, entirely legal, it wasn’t the behaviour that many would have expected, particularly from a company that prides itself on doing no evil.

It’s an example of conduct that some may see as unethical, but not something so bad that it would land the company in court. So, what redress might be possible in circumstances where a board appears to have overstepped a (moral) mark?

The answer lies, at least in part, in a concept laid out in one of the largest legislative documents ever created, The Companies Act 2006.

The Act sets out the legal responsibilities of directors to act in a way that they believe, in good faith, is most likely to promote the company’s success – a statutory statement of seven directors’ duties. It also requires board members to take into account the impact of their business activities on the environment, the social and the economic community – the concept of so-called Enlightened Shareholder Value (Section 172 of the Act).

This is a legal formulation of the view that the pursuit of “corporate wealth” should not be about generating a “fast buck” for shareholders but should also take into account the impact of a business’s activities on other relevant stakeholders. It promotes a sustainable business model that eschews short-termism, stock market pressures or short-term bonus cultures and seeks to make the board focus on longer-term goals.

The consequences of ignoring these principles tend to catch up with companies after a while, both in terms of commercial and reputational impact.

Witness the drubbing that Shell Oil received a few years ago when it decided to sink the Brent Spar oil platform in the North Sea – while this was later demonstrated to be the best way to dispose of the platform in terms of the environmental impact, Shell had failed to put enough energy into dialogue with potential critics before taking the decision, and their reputation suffered.

The upshot is that businesses and individual directors stand to lose their ‘licence to practice’ in the eyes of stakeholders, the general public and regulators where risks may not have not been properly assessed, even if they’ve not actually behaved illegally.

The consequences of not paying enough attention to the impact on stakeholders may be hard to predict but they can be far-reaching. For example, a supermarket might choose to drive down the price of milk on the basis that it drives consumer demand. This might be good for sales in the short-run, but if the supply chain is then forced out of business or alienated this could, in turn, impact on the company’s share price over the longer-term, something that will not please shareholders.

While other stakeholders may not be able to take any specific legal action (although they may shun the company as customers or potential employees), shareholders have the power to take what is called “derivative action”, forcing the company to sue its own current or former directors if they can demonstrate that the board failed to take account of the impact of this type of decision on the long-term success of the company.

In some instances, it may be very difficult to determine in whose interest the board is working and which stakeholder group should take precedence. Clinical Commissioning Groups, for example, have a range of stakeholder group they represent – patients, communities, and the NHS. How do GPs, acting as directors, decide which is the most important?

Understanding the law is relatively easy; applying the law is where judgement is required. It is this requirement that underlines our support for good quality training for board members, to ensure that each and every person around the table is equipped with the knowledge, skill and experience to discharge their duties as a director. That includes understanding the legal frameworks within which they operate.

After all, as Paul Munden, our lead governance and course tutor, says not without some truth, “if all you had to do was act from a textbook, anyone could be a director”.

Dr Roger Barker is director of corporate governance and professional standards at the Institute of Directors. 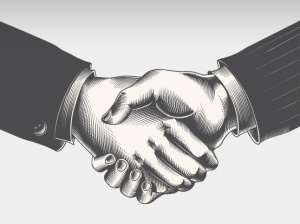