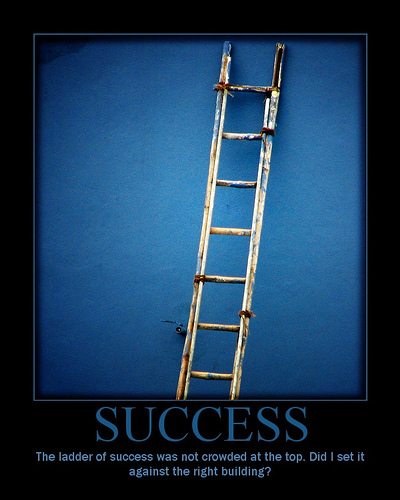 1. Have gaps in the diary

Some executives are impossible to tie down; they’re so busy and so important that there’s no space left in their diary to arrange an appointment for months ahead.Most of these full diaries are caused by a strict timetable governed by lots of routine meetings. It’s much better if you vary your programme and occasionally do things differently. Ensure that you keep your mind open to new ideas, and always leave some spare time to think. When I was running the shoe shops, I was one of those busy executives who didn’t have enough time. It was only when the shoe shops had been sold and I concentrated on shoe repairs that I changed my lifestyle. The shorter my working week, the better the business seemed to do. A workaholic chief executive doesn’t necessarily make a business more profitable.

2. Meet as many people as you can

Every time you meet a colleague, the business benefits. You learn more about what’s going on and develop a feeling of mutual respect and trust. When a company gets into difficulty, management naturally becomes more introverted and there’s an inclination to hold lots of internal meetings in a desperate attempt to find a solution. It’s much better to cancel the meetings and go round the business. The early 90s were difficult. Sales fell dramatically and during the summer months, we began to make a loss. If we had simply looked at the figures we would have started slashing costs – but we didn’t. When I went round the shops, I realised that, despite the disappointing sales, we were doing better than the opposition. We were suffering because demand was down, not because there was anything wrong with what we were doing. You can’t make money in a market that has collapsed. So we remained patient. Some of our competitors fell by the wayside and, eventually, we bought Automagic, at almost the precise point when the market started to recover.

3. Keep going round the business

Occasionally, a desk-bound chief executive sees the light and goes on a tour of his business but, after a few weeks or months, he returns to his former lifestyle and, having ticked the travelling box, his life can go back to normal. These people miss the point. Good chief executives don’t regard travelling as an occasional chore, and it’s not just part of their job; for them it is the way they do their job. I now spend at least two days a week going round our shops and James, very often, spends four. With the help of mobile phones and Blackberrys, it’s just as easy to run the business while you’re on the move. In fact, you’re less likely to be interrupted while you’re driving down the M1. We meet our people and hear the gossip. I don’t need to watch Coronation Street – I have my own drama unfolding at Timpson day by day. By visiting our shops every week I keep up with the plot.

4. Always pick up the phone

If the phone rings, I pick it up; you never know who it may be. Admittedly, I have to deal with some very irritating salesmen – some of whom become quite aggressive when I don’t want corporate tickets to Twickenham, or suggest that I don’t need help with my personal investments. The irritating salesman has become a bit of a challenge. How quickly can I get them off thephone without being impolite? As most chief executives have a PA to screen their calls, people are surprised when they get straight through to the head honcho. You can use that element of surprise to your advantage, especially if the call comes from a complaining customer. Customers are amazed and impressed when they get to speak to the chief executive. It is even better if, having received a letter, you pick up the phone and ring the person who made the complaint. In my experience that nearly always turns the complaint into a compliment.

Don’t let your training department run your business. The training team constantly meets colleagues face-to-face – they are the ultimate day-to-day communicators but you, as chief executive, must be head of communication. Training must be encouraged and you must ensure that the right message is being spread throughout the business, so do some training yourself. Every year, James and I give a number of talks to outside conferences but, two years ago, we decided to devote more of our discussion time to our own business. We contribute to many training courses and run our own leadership course – a 24-hour, midday-to-midday session for about 25 people, designed to explain our business philosophy and the way the company is run by upside-down management. There are plenty of syndicate sessions on the course – we aren’t talking all the time – but, whenever we receive feedback from delegates, the one remark that stands out is: “It makes a big difference that the course is run by John and James.” With our style of management, we rely on our people to run the business – but it’s our job to create the culture. Today, if you talk to Timpson people about upside-down management, I’m quite sure they’ll know what you’re talking about.