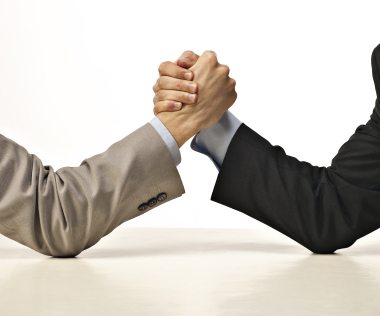 Disputes in business are an unpleasant fact of life. Litigation is a bruising process, likely to impact significantly on cash flow and time. To avoid the worst, there are a number of decisions that may increase the level of control you exert over the dispute resolution process.

Who rules the battle?

A choice of law clause determines which country?s laws should apply to a contract and the resolution of disputes in relation to it. A jurisdiction clause determines where the dispute should be heard.  If you are all located in England and the subject matter of the contract relates to business conducted in England then it’s a safe bet that the contract will be governed by English law. But what about a joint venture between English and French companies, run through a JV company incorporated in Ireland, for the purpose of building a hotel in South Africa?  Which country?s law governs the joint venture agreement? Where should disputes be heard? Questions of choice of law and jurisdiction should be resolved at the outset, to avoid the risk of first having to litigate about where the litigation should take place.

What type of battle?

A further important choice for the parties is whether to litigate through national courts, or to resolve the dispute through arbitration. The increasing appeal of international arbitration lies in its perceived neutrality, confidentiality, and flexibility.  Although the UK has an international reputation for upholding the rule of law, and for the quality and integrity of its judiciary, a foreign contract party may be unwilling to concede home advantage.  The reference of disputes to an internationally recognised arbitral body may be the solution. Arbitration is a confidential process, whereas court litigation is conducted in public. The parties can tailor the process to their own requirements, or agree to adopt arbitral rules most appropriate to the nature of the contract.

As disputes progress, either through the courts or arbitration, it is always possible to explore settlement either informally (e.g. through “without prejudice” correspondence or meetings) or by a more formal alternative dispute resolution method such as mediation (a non-binding settlement negotiation at which an independent third party, the mediator, seeks to facilitate settlement).  It is also possible to agree in advance an obligation to explore settlement. “Dispute escalator clauses” compel parties to go through preliminary steps before they are able to bring a formal claim. Typically the dispute escalator will provide for an exchange of letters about the claims, followed by a “without prejudice” meeting. There may be an obligation to mediate. Only once these steps have been followed can a claim be issued. Such clauses can help focus minds on the benefits of good faith settlement negotiations taking place at an early stage. Thinking about these issues at the time of contract formation will give you a safety net. They may not stop disputes from arising, but improve your chances of prevailing in the dispute or achieving a favourable settlement.  Stephen Hayes is a senior associate in the litigation department of Fladgate LLP.