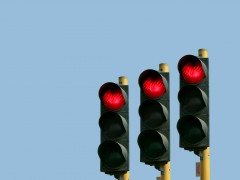 Here’s a passage from “How to be productive: stop working”, which was published on American business news website Bnet. “Industrial companies put a lot of effort into “asset integrity” — which really just means protecting critical plants and machinery from damage and wear and tear. At companies like BP, it’s clearly more of an aspiration than a reality, but anyone trained in a manufacturing environment learns that asset integrity is a top priority. But what about service industries — companies where the only assets are the brains of the people who work there? Shouldn’t they worry about asset integrity, too? Astonishingly, most of them don’t. Instead, financial services, consulting, the law and even the medical profession perpetuate working hours where all-nighters are heroic, driving with jet lag is the norm and anyone who actually has lunch risks becoming lunch. But, they argue, we’re in the midst of an economic downturn, the worst recession in our lifetimes. Shouldn’t we all be working as hard as we can? Who has the luxury of time? What do you mean weekends aren’t for working? Well, for the last 100 years, every productivity study in every industry has come to the same conclusion: after about 40 hours in a week, the quality of your work starts to degrade. You make mistakes. That’s why working 60 hours may not save you time or money: you’ll spend too much of that time fixing the mistakes you shouldn’t have made in the meantime. That’s why software companies that limit work to 35 hours a week need to employ fewer QA engineers: there isn’t as much mess to clean up. In a knowledge economy, where thinking and creativity are the raw materials from which products and profit flow, brains are assets. They need to be cherished, nurtured and protected, not abused.  Leaders need to take seriously a century’s evidence.  Also, we need to hammer the last nail into the coffin of multitasking. No, you can’t safely drive and hold conference calls, nor can you text while driving. And checking emails while in meetings means you may as well not be there. What modern businesses need isn’t distracted Blackberry addicts but human beings who haven’t forgotten the gifts of focus, concentration and mindfulness. When the cognitive scientist Dan Simons looked at the vast mountain of evidence that demonstrates the futility of multitasking, he was inevitably asked whether there was anything we could do to enlarge the capacity of our minds. The answer was an emphatic “no”. There are hard limits to what our brains will do, and no amount of Baby Mozarts or Brain Trainers will alter that. Practice, Simons says, will improve specific skills but not general abilities. Doing Sudoko will make you better at Sudoko; it won’t raise your GMAT scores. Is there anything that truly enhances cognition? Yes, says Simons: exercise. Experiments by his colleague Arthur Kramer showed that walking for a few hours a week led to large improvements on cognitive tasks. Stretching and toning exercises had no cognitive benefits, but aerobic exercise, which increases blood flow to the brain, did. Seniors who walked for just 45 minutes a day for three days a week showed better preservation of their brains in MRI scans. Exercise, Simons concludes, improves cognition broadly by increasing the fitness of your brain.” Care about asset integrity? Get out of the office and go for a walk. And make sure the people who work for you do, too.