A rose by any other name… Would not smell as sweet. Choosing the right name for your business is one of the most important decisions you can make as an entrepreneur. This is a lesson I learned the hard way.

Here’s a confession. When I first started Struq in 2008, it wasn’t called Struq. I made the rookie mistake of calling it Bright Page.

It was the worst possible name I could have chosen for the business. It was generic, boring and forgettable. At the time, I just wanted to use something that sounded like a new, clever project. My excuse is that I was working too hard on raising start-up capital for the company to give it much thought. I had trained as a lawyer and was doing £50,000-£60,000-worth of legal work in record time for just £3,000 to get the business going.

I used Bright Page for quite a long time. I even had a boring grey and orange logo that went with it. Luckily, there’s no record of this logo anywhere on the internet (I just looked). I always hated the name but finally I had to do something about it a year later; Bright Page had become the antithesis of the business I wanted to create.

In 2009, there were three of us working for the company. I set us the task to come up with a new name in three hours. The caveats were: this name had to be short – five letters or fewer – to make it easy to remember and easy to style into a logo (I had learnt my lesson); and the domain had to be available for £10 or less.

This was a big ask. At the time, there was a domain goldrush going on. Sex.com had sold for $14m in 2006 and the record for most expensive domain name (at the time) had just been set by QuinStreet’s acquisition of Insure.com for $16m.

By some miracle, we managed to come up with Struq. I’m not going to spin you a long story about how we came up with it. The basic idea was that we had been generating impressive results for our clients and we wanted a word that would sum up our culture: to consistently astound our customers by over-delivering. Oh, and the domain was only £10.

We’ve been using Struq for four years and I’ve had loads of positive feedback on the name. It’s punchy, memorable, and most importantly it differentiates us from all the companies with ‘ad’ this or ‘media’ that in the title. Would we have been as successful if I’d kept the name Bright Page? We’ll never know……

Here are my three top tips for any entrepreneurs looking for that perfect business name:

1. If it makes sense for your company, go for a business name that starts with a letter towards the beginning of the alphabet

This is something I’ve learned with Struq: when we go to conferences and awards, or when we’re included on speaker lists, they are always alphabetical and Struq is way down the list. Bump yourself up the listing with a name beginning with ‘A’.

2. Choose a name that is scalable

You want to develop a brand that will work all over the world so think internationally from the outset. This also extends to your website. Don’t just buy the .co.uk domain, get the .com, and any other market that you might target. When I worked at eSpotting, they ran into a spot of bother when they tried to list on the Nasdaq. Apparently the name had ‘vulgar’ undertones in the US.

3. The name of your business doesn’t have to reflect what you do (It can help for SEO though), but it can help if it does reflect the personality of the company

That’s why I like the name Huddle. It doesn’t tell you much about the company, but it does suggest teamwork and collaboration, which are the cornerstones of Huddle’s business. 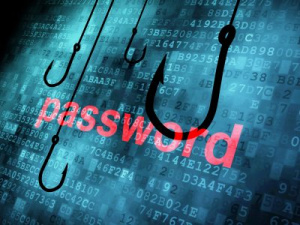 Would you know if your data had been breached? 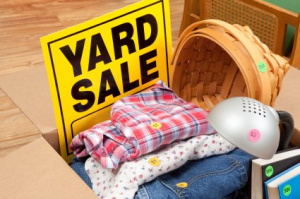