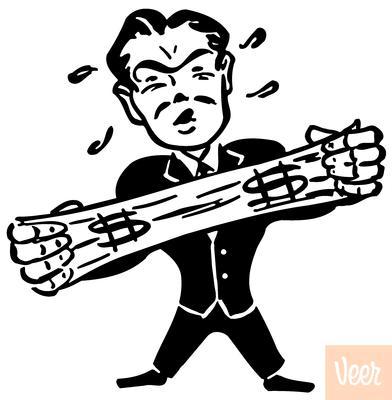 With the recent Budget now in the rear-view mirror and the autumn spending review to look forward to, we should be in no doubt that this government is sincere in its desire to fix the hole in the bottom of the nation’s purse.

Not a day goes by without the headlines reporting even greater belt-tightening measures to be considered. There is a whiff of competitive prudence in the air, and while the desire to save us all from disappearing into a financial black hole is admirable, one can’t help wonder if scaring the population into a paroxysm of parsimony is wholly necessary. For SMEs in the UK, we are now in our third year of Credit Crunch and Great Recession. I talked to the owner of a granite kitchen top business recently and we discussed the possible ramifications of the government’s cutbacks to the general economy. “It’s nothing more than I’ve been dealing with for the past three years,” was his opinion. “There have been lots of people that I meet who’ve been saying to me ‘what recession?’ They haven’t been affected yet. They will be now.” His reasoning goes that business owners like him have borne the brunt of the recession to date. He has trimmed his business and his expectations, laid off staff and cut back on what he takes as a salary. He is now operating as efficiently as he can. It is not pretty, but it works. Business owners are pessimistic about the future and they have every reason to be. We enter the long summer with as much confusion and lack of clarity about the future as we have had for the last three years. The fear now is that in an effort to save the country from becoming another Greece, we condemn ourselves to becoming another Japan. Low growth, low expectations. “The trouble is,” the business owner told me, “I am selling granite kitchens to the very people who haven’t felt the pinch yet. Once the spending cuts take hold over the next couple of years, I just don’t know what to expect.” He is not alone. Millions of business owners across the country feel exactly the same. They simply don’t know what the outcome of this age of austerity will be. All we can do is go back to good old fashioned business basics. Fingers crossed. Neil Greenaway is managing director at Clifton Asset Management Picture source