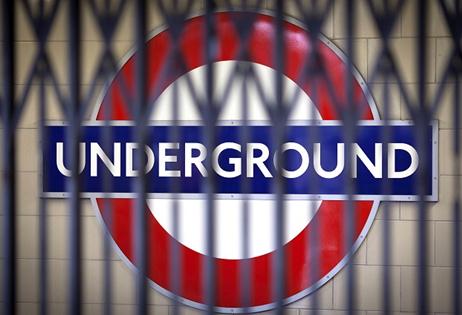 One of my business friends sent me a text last week saying, ?Just my luck. Two days in London in a tube strike. Archangel Crow at work do you think?!? ? which made me laugh.

The RMT and London Underground are still at loggerheads. The RMT is sticking to its guns, claiming that nearly 1,000 “safety-critical” jobs are being lost due to Tory cuts, whilst LU are saying that although jobs are disappearing there will be no compulsory redundancies. Everyone who wants a job with LU will have one. This is likely to continue. David Cameron and Boris Johnson will not waste this opportunity to win favour with the party by following in Lady Thatcher?s footsteps against the Unions. Tougher anti-strike legislation is expected (and that spawns a whole new discussion), and the RMT are unlikely to give in easily with the memory of Bob Crow still looming large. Maybe they will come to an agreement, maybe not. Both sides are framing their arguments well, although I?m more persuaded by LUs. Such strikes are a nightmare for those affected. So how do employers handle transport strikes? First of all it depends how much a strike affects you. Is it just a few people who can?t get to work? If so, you can probably adjust fairly easily and make allowances. But what if it?s half your workforce or more? Discuss matters with your employees and make contingency plans. If someone can?t get to work and we can?t make alternative arrangements, they won?t be paid.  Cut them some slack. In the same way that extreme weather plays havoc with transport, so does the RMT on a frolic of its own. If they struggling to get into work during a tube strike, expect some to be a bit later than usual, unless there is some other obvious way for them to get to work.  But make it clear that work goes on, and a tube strike isn?t a cue for a free day off! To be fair to TFL, they made quite an effort to compensate, putting hundreds more buses on the roads to cope with the strikes (although there have been complaints about the poor driving standards). Plenty of people were late, but plenty got to work somewhere along the line and could have a fairly productive day. Strikes rarely come out of the blue, so spend some time planning. Can people work from home? Are they able to be as productive coming in later and finishing later? Can more meetings be had via Skype or conference calling? Can employees meet in a hotel lounge for a meeting if it?s easier for them to get to? Do we put them up over night?  Some people may walk or cycle to work. Some may wish to take the time off as holiday. Others will agree to make the work up later. Sometimes it?s when we?re under pressure to keep going in the face of adversity that we come up with our most creative solutions. From an employment law point of view, absence due to strikes needs to be monitored carefully. You may have some employees who want to take advantage of a strike. Keep an eye on them but don?t act without evidence.  Equally, though, there may be some people who have had a poor attendance record before but are making a real effort and couldn?t help being late this time. Don?t punish them for it.  Someone was once unfairly dismissed after being on a Final Warning for lateness and then being late due to a rail strike ? not their fault this time. Treat a travel strike like any other challenge. Treat everyone fairly. Take steps to ensure that your organisation?s business will go on. Recognise those who make a special effort, and be innovative in your thinking. Kate Russell is the MD of Russell HR Consulting.