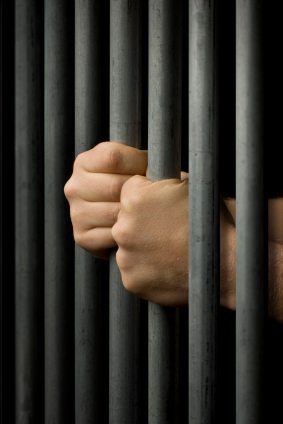 What steps do employers take when they discover that an employee has been sent to prison? You might think that such an event automatically brings the employment contract to an end. But it’s not that easy (it never is with employment law, is it?).

If an employee has been given a long custodial sentence, his employer may argue that the contract of employment has been frustrated – that the employee is unable to perform his contractual duties for a period of time. Courts work to entirely different timescales to the rest of us. I have heard employment tribunals talk about sickness absence, saying that ”he’s only been away for three years,” as if that was the blink of an eye.

The fact that the employee is in prison and not able to attend work to do his job is not necessarily enough to “frustrate” the contract. In general, employment tribunals don’t like finding out that the contract of employment ended for this reason. Case law suggests that absence must be fairly long if you are to treat the employment contract as frustrated. If the sentence is for three or four months, I’d err on the side of caution and treat the employment as continuing –  parole means that approximately a third of the sentence will not be served.

Even if an employee has been imprisoned, investigate the circumstances before making a decision. If you conclude that dismissal is appropriate, it has to be for a fair reason. If the reason relates to the workplace, or gives you reasonable grounds to doubt the employee’s continuing suitability to work for you, you might be able to rely on conduct or some other substantial reason as grounds for dismissal.

Finally, remember that prison or no prison, you have to follow a fair procedure. Trying to do that if the employee is already in prison could be a challenge.

It may be that you consider the circumstances of the imprisonment reflect adversely on the image of your business. While most employment contracts now make provision to sanction employees who bring their employer into disrepute, if the wrong-doing resulting in the prison sentence took place outside work and doesn’t affect the employee’s ability to do his job, you may need to tread carefully. Taking disciplinary action based only on your personal disapproval of an employee’s out-of-work behaviour is likely to risk claims of unfair dismissal.

Take, for example, the case of the Post Office worker who was dismissed as a result of his conviction for violence during the 1998 football World Cup in France. Liddiard admitted to throwing bottles at the Tunisian fans and was charged with assaulting a police officer with aggravating circumstances. He was tried and convicted in France and sentenced to 40 days imprisonment. At the time, there was a “name and shame” approach and Liddiard’s conduct, and the fact that he was employed by the Post Office, became a matter of public record.

His employer dismissed him on the grounds that his conduct had brought the Post Office into disrepute. Liddiard argued that he had been unfairly dismissed. His claim was successful in the original employment tribunal.

The case eventually came before the Court of Appeal. It found that in reaching a decision to dismiss, employers are entitled to take newspaper coverage into account. According to the Court, an employer is entitled to rely upon a conviction determined in France as much as a conviction in the UK courts. It remitted the case back to another tribunal, giving guidance that the new tribunal should give particular care to what is meant by “bringing the company into disrepute.”

If an employer faces this type of situation then potential relevant factors should be considered and be documented as having been considered.

As a last word, I always say escalate earlier than later and discipline if appropriate. However, err on the side of caution with your sanctions.