The minute business owners start to offload is the moment they become leaders first and grafters second. It’s a shift in purpose and responsibility. It’s also an operational change – and one that is too often put off until breaking point.

While it’s very easy to hire too late, it’s also possible to hire too early, which brings its own problems. When I started Time Etc more than a decade ago, I used capital from the sale of my first business to get employees on board – lots of them – because I confused hiring with growth.

I ended up with an expensive office full of people who didn’t have enough to do. It was demotivating for them, and did nothing to directly contribute to our early business growth. It simply depleted funds.

What I should have done is outsource to trusted freelancers and consultants until I was ready to hire. This is why I firmly believe that hiring should be a last resort, but delegating should not.

Delegating is one of the first business skills you need to master if you want to free up your time.

Try writing your own job description. Anything not on that list can be handed over to someone else. Hoping your people won’t let you down is not a viable delegation strategy. Fortunately, there are several ways to reduce the various risks associated with offloading work.

In the first weeks of working with your new recruit or a new freelancer, clear time in your schedule. The more time you invest at the beginning, the less time you need to devote to fixing mistakes or filling in the gaps in your training later on.

This is about maximising your return on investment. Not only will proper instruction make delegation a success, that person will quickly feel more engaged and more confident.

List out all the tasks you do in a week. Now divide that list into two columns. On the left put the tasks only you can do, on the right are the tasks anyone could do, with the appropriate training.

Or try the method favoured by the 34th US president. It’s called the Eisenhower matrix – or the “urgent-important” matrix – it’s a simple four square grid. Tasks that fall under “urgent and important” are done right away. Jobs deemed “not urgent, not important” get removed from the to do list immediately. Tasks that are “important, not urgent” get scheduled for later.

So what’s left? Tasks that fall into the “urgent, not important” box. These are the jobs that can and should be delegated to someone else.

Once training is complete, channel your inner lazy and offload tasks. Entrepreneurs tend to be extremely bad at doing less, but this is one scenario where it pays to do so.

Delegating needs to become a habit, though we all know how hard behaviour change can be. Stanford University behaviour scientist, BJ Fogg – creator of a method called tiny habits – suggests using your existing routines as anchors for forming new habits.

Fogg started the tiny habit of doing two push ups after using the restroom and before washing his hands. This single attainable change became increasingly effortless and he now does more than 100 push ups a day.

To use an easy example, could you start every work day by delegating a single, straightforward task like booking train or plane tickets to a virtual assistant, and build slowly – as this action becomes easier – until you habitually delegate every administrative task?

A major barrier to delegation is fear. Common fears are that new hires won’t be up to the challenge, could misrepresent your business or produce sub-quality work that needs redoing. But, if every business owner followed the adage ‘if you want something done, do it yourself’, we’d all be consultants, not employers.

Ask what you’re most scared of, and mitigate the risk before delegating. If you’re worried about quality, vet harder and test candidates before committing.

Barnaby Lashbrooke is founder and CEO of UK and US virtual assistant site Time Etc.

Why collaboration hubs are the central nervous system of an organisation 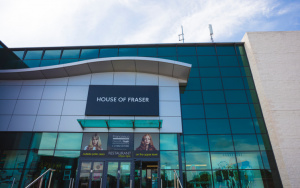 How can House of Fraser relaunch under Sports Direct’s ownership?