To save you from having to read Confucius and improving your maths, here are my basic principles of what you need to know to do business in China:

1. If someone offers you a delicacy, politely refuse citing an allergy. When something is a delicacy, it means that local people don’t eat it most of the time. There is a reason that Kentucky Fried Chicken is more popular than Kentucky Fried Jellyfish, KF Insect and KF Mystery Meat. No-one gets offended when you refuse on medical grounds. It’s far better than trying to grin at your host while you’re swallowing something’s foot. Believe me, I’ve tried.

2. Stop staring at the waitress.

3. Cover your mouth when you use a toothpick. The only thing worse than watching a man eat something’s foot is watching a man pick out pieces of foot.

4. Give and receive business cards with two hands.

5. Spitting is acceptable, just not on business cards.

I learned these lessons after a business trip to China that did nothing to advance my career. Years ago I was sent over there with a team for a few months to meet with the managers of various Chinese factories and assess the business operating environment.

I didn’t set out in the best of health. Before the trip I spent my last days at home pleading with doctor after doctor for the strongest conjunctivitis medication they had. They gave me various ointments, applied directly to the eye, which left white globular residues dripping from my eyelashes.

The flight was a disaster. Excess baggage costs were $60 per kilogram and I was no less than forty kilograms overweight: I hadn’t the time to ship my stuff because I had been at the doctor’s. Choking at the prospect of asking my company to reimburse the excess baggage claim, I found a shipping company in the airport that could send my extra bags at a fraction of the cost. The only drawback was that I wouldn’t receive the other suitcases for ten days, long after I had joined the meetings.

Beggars can’t be choosers, but they can cross national borders without much clothing. I took one bag on the flight but it had no socks or vests. Who cares, I thought? I should be able to buy them in Hong Kong because I was stopping over for a day.

On the Hong Kong stopover, I bought a ton of counterfeit Tommy Hilfiger socks and vests. It wasn’t until the flight to mainland China that I took one of the cheap vests out of its packaging: it smelt strongly of a fish-like chemical. Do I really have to face the managers of Chinese companies smelling like a haddock, with globular eye-goo dribbling from my lashes? Yes, I do.

Let me not forget to mention that my home bank, in its steadfast approach to beating fraud, had locked my credit card immediately after I used it once in Hong Kong. Great: I smell of fish, I have white gunk falling off my eye and I have no money either. Perhaps I should just stop brushing my teeth, too.

The landing card for China asked whether I was carrying any fake goods. Do fish pee in the sea? Did they also pee on my vests? Yes and yes. So before the flight was done I found myself in the airplane toilet with a black biro scribbling on an unconvincing Tommy Hilfiger logo, turning it into a black square. Fortunately I made it through customs without a hitch, which is just as well because the only Chinese I knew consisted of “hello”, “thank you” and “do you want to die?” – taught to me by an ex-girlfriend. Luckily, immigration lasted about as long as that relationship.

I spent the first days of the trip very hungry, until the bank unlocked my card.

A few weeks after the trip, drowning hopelessly in my new job as head of the hopelessly drowning department, I needed a document translated from Chinese to English. Why would you ever ask someone who speaks no Chinese to be part of that team? A translation service quoted me a price of 80 Hong Kong cents for every word translated, with a waiting time of 10-15 days. A 50-page document would have cost me US $6,450. I sent them a cheque for 1.60 Hong Kong dollars and asked them to translate two words in English into Chinese. I then told them to 滚 my 开. 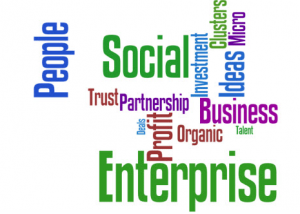 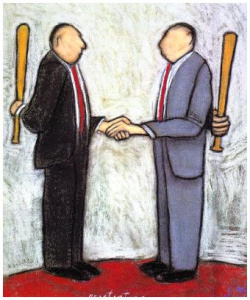 How can you negotiate a better deal?