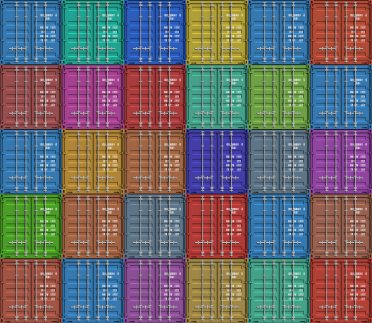 To us, selling overseas didn?t come naturally. It doesn?t matter to many small businesses; and yet, international revenues now represent nearly 50 per cent of this year?s ?10m target.

It?s easy to see why exporting can be daunting. For many SMEs it?s already hard, and risky enough, to operate in the UK. Going overseas looks even more difficult, doesn’t it? But why? Maybe it?s our island mentality and fear of foreign languages. Yet, if the UK is going to break out of recession rather than scrape by, it?s not going to do so by selling to itself. Consumers in this country are over-extended and businesses are hoarding cash. Debt-fuelled domestic consumption simply won?t generate sustainable growth.

The case for exporting

If you?re already successful, why turn down more success? We still have a tremendous amount of opportunity in the UK at Esendex, but it?s in Europe that we expect the biggest growth. France, for example, is our fastest growing territory, up by 92 per cent year-on-year. Success leads to success – exporting rapidly improves: efficiency, growth prospects, durability and profitability. If you?re not yet exporting, then opening markets can rapidly double or treble (possibly more) the number of opportunities open to you.

Our advice: ?Just do it?

We launched in Spain in 2005. Whilst we probably leapt before looking (not even checking resources such as the CIA World Fact Book) we weren?t paralysed by indecision and ended up succeeding. So, our advice to businesses looking to expand abroad is, ?just do it.? You can spend so long weighing up all the parameters and options, that you can become frozen into not taking action. There are always surprises that you cannot predict, so there?s no substitute for just getting on with it. Of course, many business owners see overseas expansion as being high risk, but that?s because they?ve forgotten what it was like to be a start-up and often over-invest and over-engineer the expansion. This can put the business at risk if it?s not successful and reduce the calculated risk that probably got their business off the ground in the first place. The best attitude for ensuring success for launching into a new market is to think like a start-up. Go back to asking, “what problem do we solve?”

It?s also important not to underestimate the amount of equity in the British brand. Britain has a reputation for innovation. We sometimes forget that in many markets the “buy British” message really resonates. Think of our great designers, scientists and innovators over the years. There?s a lot of weight behind the British brand, so companies should seriously consider how they can capitalise on it. When you?ve decided to export your products or services, a key decision is whether a presence on the ground is required. At Esendex, we?ve varied our approach. We?re based in some markets virtually, using local language speakers, and in others we?ve invested in having an office on the ground. There?s no rule book for success here ? the decision whether to open a local office or run from the UK is down to a number of factors; time zones, ability to find local language speakers, distribution modes, whether the business model requires face-to-face time and so on. Whatever your approach, exporting can be transformative and I recommend that any initiatives be led by the founder (or a senior manager) and not delegated down or to someone brought in from outside. You need someone who understands the product, or service, inside out and has a real vested interest to see it succeed. They?ll invariably persevere longer and, I believe, be more likely to succeed. It?s important to have local language speakers in the new office, too (you may be lucky that your new country manager speaks the language), but keeping the cultural and service factors that made the company a success in the home territory, is essential to succeeding in new markets. It?s also a better way of keeping a sharp eye on cost-control and running into any employment law issues, if things don?t work out. If you?re serious about growth, I urge you to look beyond your home markets. Lord Green, minister of state for Trade and Investment, stated in the past that if the UK is to move towards the European average for exporting supply chains, as many as 100,000 SMEs either need to start exporting for the first time or spread to new markets. But remember, it?s not just in the interest of “UK plc” for SMEs to export more – it?s in the interest of individual businesses, too. Julian Hucker is CEO of Esendex.