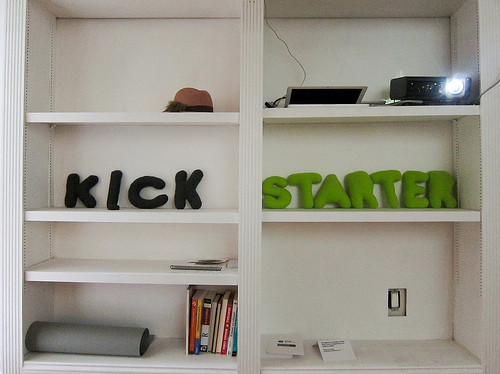 How important is getting the project?s title and blurb right and do you have any advice on how to approach this process?

JK: A few things thread through successfully funded projects. It?s important to articulate clearly what you hope to accomplish and how people can join you on that journey. Thoughtful and compelling rewards that draw backers in and offer a behind the scenes look at the creative process can go a long way. And, sharing your story with your network and inspiring them to share it with others. Before you launch your project find a project you?re inspired by and back it to get a sense of the entire experience.

What about the video? How crucial is it and what do our readers need to keep in mind?

JK: Projects with video succeed at a much higher rate than those without videos. But it’s less about a video with high production value and more about just being yourself and sharing the story behind your project.

What are the most common ways for those pledging money to discover projects?

JK: People find projects all across the internet and beyond. Twitter, Facebook are common places that backers discover projects. And, imaginative or inspiring projects tend to get a lot of media attention.

Is it important to be a visible member of the community your project serves to be successful?

JK: Finding success on Kickstarter is about having a great idea, a thoughtfully crafted project with compelling rewards, and drawing people into the creative process along the way. There’s a growing community of returning backers on Kickstarter ? people who are inspired by the idea of bringing something new to life and look to Kickstarter to discover imaginative and colourful projects to support. More than 1.7 million people have backed more than one project on Kickstarter and 62% of the funds pledged have come from returning backers to-date.

How open is Kickstarter to businesses that are launching new products or product lines?

JK: Incredibly open. Kickstarter levels the playing field for anyone looking to bring a new idea to life, lets people create on their own terms and helps them build communities of support along the way.

What projects have impressed you the most since Kickstarter launched in the UK?

JK: So many. More than 7,000 projects have launched from the UK across the creative universe, here are just a few:

?Chineasy: A bright and engaging illustrated methodology for learning Chinese through fun and whimsical illustrations.?
(5,475 backers, ?197,626 pledged of ?75,000 goal)

All new adventures of Morph from Aardman Animations

?Primo is a playful physical programming interface that teaches children programming logic without the need for literacy.?
(651 backers, ?56,666 pledged of ?35,000 goal)

Could you give a summary of how the payments work?

JK: Kickstarter applies a five per cent fee on funds raised by successfully funded projects. Payment processor fees work out to about three to five per cent.

JK: Beyond funding, Kickstarter?s a great way to build a community around an idea. Your backers often become emotionally invested in seeing the project progress along the way and can be your most ardent supporters. Image source