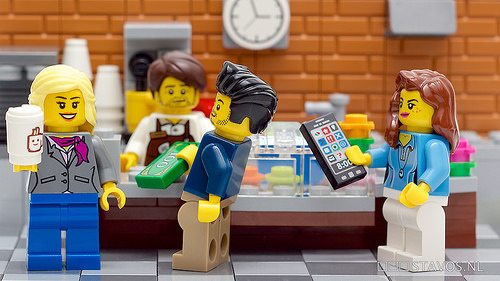 Some inspiring businesses turned adversity into opportunity during the recent freeze across the UK.

Take, for example, this email from Tim Dibbs, managing director of Crown Motors (Honda) in Bushey Heath, Hertfordshire: ?To all our customers: Over the past week, we have managed to increase our fleet of Honda CR-Vs [four-wheel drives]. If anyone needs help today/tomorrow in running an urgent errand or making an important appointment, please call us and we will try to assist you by sending a driver with a car. In the meantime, drive carefully. We look forward to seeing you soon.? How brilliant is this? What an opportunity to show off the ability  of the four-wheel drive and do a good deed for your customers while you?re at it? And, even if they don?t take up the offer, they will remember the gesture. As Carl W Buechner put it: ?They may forget what you said but they will never forget how you made them feel.? That same week, Romans estate agents of Berkshire reported that all their offices were open for business while nearly every competitor was closed. Realising that many homeowners would be stuck at home, they donned snow gear and boots and visited clients on foot. By midday, Romans had received instructions to sell seven new properties. That?s around ?28,000 of business on a morning when the competition was making snowmen. Then, to put a dampener on this enterprising spirit, the New Year forecasters came out with their usual ragbag of miserable predictions: ?It?s a W-shaped recession,? says one. ?It?s worse,? says another, ?a VW is on the cards.? And then they got onto the election: ?Labour are finished?; ?the Tories are too weak?; ?a hung parliament is on the cards?. That pessimistic attitude reminds me of an article I read recently about Ronald Reagan, a glass-half-full man, who said to his bodyguard during their period of recovery following the assassination attempt when four members of the entourage were shot: ?McCarthy, Reagan, Delahanty, Brady ? what the hell did this guy have against the Irish?? The James Brady referred to by Reagan was the presidential press secretary and his head wound left him permanently disabled. He later commented: ?You gotta play the hand that?s dealt you. There may be pain in that hand, but you play it. And I?ve played it.? I first heard Brady?s quote when qualifying as a facilitator of Stephen Covey?s 7 Habits of Highly Effective People. It was used as an example of how important it is to focus on the things you can do something about rather than those things that are out of your control, which is debilitating and pointless. Stephen drew a huge circle on a flipchart with a smaller one in the middle. In the outside circle he wrote all of the things that we said were concerning us and then in the smaller circle he wrote all of the things we could actually influence ? the lesson was cathartic; by focusing on our ?circle of influence? our concerns diminished, if not vanished. Another quote from the Covey course that resonates strongly with me at the moment is from Francis Bacon: ?A wise man will make more opportunities than he finds.? Following a period of recession, cutbacks and battening down the hatches, people?s appetite for new initiatives, ideas and innovation is greater than ever before. Indeed, in 20 years of running my own businesses, I don?t recall a single period where there appears to be so much opportunity. For businesses like Crown Motors and Romans, the circle of influence is growing. Let?s use it. Image source