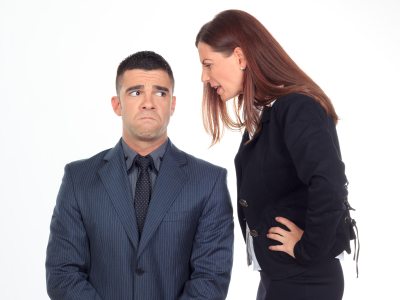 Make sure people trust you

I remember when Denny Lynch, our vice-president of communications, first started working for us. Denny was so intense, I kept on harassing him to get him to loosen up. One day, I teased him to the brink, and he shot back, “Mr Thomas, are you questioning my veracity?” I said, “I don’t know”. Then I teased him for three more days for using a word I didn’t understand. The more I saw Denny, the more uptight he looked. Finally, it dawned on me that Denny didn’t trust me. He thought that since I was always on his case I was one step away from canning him.

That wasn’t my idea at all. Later I read a book called Leaders by Warren Bennis and Burt Nanus. In it, they say that former Los Angeles Rams coach John Robinson “never criticised his players until they were convinced of his unconditional confidence in their abilities”. That’s a good outlook to have.

Denny’s sold now. The other day, I overheard him talking to another guy I’d been badgering. “Don’t worry”, Denny said. “If he’s harassing you, it means he likes you. If he didn’t think you could take it or that you were a zero, he wouldn’t say a thing.”

I first met Charlie Rath, our executive vice-president of marketing, in 1997. He had just “sold” Wendy’s on being the local sponsor for Grad Prix Tennis. Every time I saw Charlie I would ask him when the signs would go up to let people know about the event. Finally, we were getting pretty close to the day the matches would start. Charlie maintained it was about three months before the tournament. I said three days. It was probably more like three weeks. Well, Charlie finally went out and did something. He had a bunch of signs screen-printed and nailed one on each of the 500 telephone posts between my house and the tennis stadium.

Tell people they’re almost perfect – but do it nice

When Charlie finally got the signs up, I made sure that I thanked him for a great job. Then I gave him a slip of paper with the address of the two phone poles he missed.

Make ’em feel guilty when they do nothing

One thing I can’t stand is people who don’t act on a situation. I’d rather that people make mistakes than sit around and not do something.

Don’t put up with excuses

Poor results are bad enough, but weak excuses are even worse. I visit about 50 different markets each year to see Wendy’s operations. When I’m on the road, I’ll visit as many restaurants as I can. Most of the time, I’m happy with what I see, but sometimes not. Nothing makes me more unhappy than when I get weak excuses and alibis to explain poor performance. So, I always try to go easier on bad performance than when someone is punting or lying.

Whenever our marketing people come in and tell me about somebody else’s new sandwich, the first thing I’ll ask is, “Did ya try it?” If somebody comes up with a new store design, I want to know what it looks like in real life. The same thing goes for problems inside your business. You can get all the reports in the world – most of them are written to cover up what the real problems are – but there is no substitute for going out there and nosing around yourself.

You’ve got to be real careful when you harass people. Just don’t think harassment works for managers who are not perceived as nice people by their team. And if people don’t know you like them, they’ll just clam up on you or even serve you a knuckle sandwich. But harassment can work. Why? So much of any business is detail and execution and any manager has to stay on top of it. Harassment is personal communications, it’s not some dumb, dull memo that you could just as well address “To Whom It May Concern”.

I’m a laundry list kind of guy, and I’ve been blessed with a pretty good memory. When I see somebody, I try to go through my whole list with them. It’s really just “packaging”, and it’s a lot better than writing a batch of stupid memos. It’s not much different from what you do with your own kids as they go sailing out the door. “When did you say you were going to clean the basement?… and don’t forget your galoshes.”

Businesses focus too much on “productivity” and too little on fun. I’ve made more money by having fun than I have by not having fun. That would be true for most people, if they give themselves the chance. A little well-meant harassment is the best way I know to connect hard work and having fun.