According to the Ministry of Justice, “even where employers are entitled to ask for a criminal record check, knowledge of a conviction, spent or unspent, should not act as an automatic barrier to employment.”

Truthfully, job applicants don’t need to tell employers about any spent convictions (offences with a sentence of four years or less no longer taken into account due to a ‘rehabilitation period’) they may have had, so you are unlikely to know unless they’ve done something major. And yes, even if you blatantly ask up front, a spent conviction means it never happened and they are thus allowed to tell you that.

In addition, employers will no longer be able to take an individual’s old and minor cautions and convictions into account when making decisions.

The only exceptions to these rules, and the ones worth noting, is that a Disclosureand Barring Service (DBS) check is needed in certain industries such as law, healthcare and when working with children. In such a case, employers need to ask for a DBS check from Disclosure Scotland, after having reviewed the DBS eligibility guidance list.

This is sometimes crucial as the DBS has a banned list and if you are found employing someone on said list then you could be in big trouble.

Note that under the Code of Practice, section 122 of the 1997 Police Act, employers are required to treat all applicants fairly, even when their criminal records have been revealed, and that all registered bodies carrying out criminal record checks first need to have a written policy on the recruitment of ex-offenders. A copy will be given to DBS applicants at the outset.

This could be something along the lines of:

After receiving an application form from DBS, employers then need to give it to the applicant to fill in before sending it back along with certain documents to prove their identity.

Alternatively, you can find an umbrella body instead. Furthermore, it’s possible to accept a previously issued certificate given that applicants can, once again, prove their identity and that it is of the right level and type for the role applied for.

There are also many companies with the sole focus of championing ex-offenders in the workplace which will support you should you choose, such as Workingchance and Recruit with Conviction. 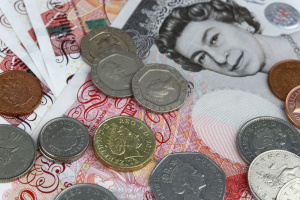