I was recently asked to give a talk to a group of entrepreneurs on what it takes to build a successful business. What made it slightly tricky was that the attendees had a wide range of experience – some recently setting off on their own and others already having built and sold companies.

After much consideration, I decided not only to provide some tips and guidance about surviving as a new business but also to cover a topic which probably keeps more entrepreneurs awake at night than any other – raising and managing cash. In the present climate, where credit is tight and banks in particular appear less forthcoming to back new applications for funds, this seemed relevant to almost anyone with owner-managed businesses.

My experience suggests that there is no absolute panacea or set of golden rules you can follow that will guarantee you commercial success. Sadly, one-third of all new companies fail in their first year with over 90 per cent failing within the first five years. So it has always seemed to make more sense to concentrate on becoming part of the ten per cent club – those businesses that make it through the five years.

What do the ten per cent do differently? In truth, not a great deal. Like many other businesses, they have reliable products and services. Otherwise they would not be able to secure new or repeat customers. They have a professional work force which is well motivated and in-tune with the needs of customers. They try to get value for money from their suppliers.

But the big difference is that they manage their cash more effectively. Some of the 90 per cent actually go under while making a profit, which instinctively sounds hard to believe. But it is certainly possible. If a company runs out of cash and cannot secure any more, that is the end.

In today’s market, new companies are, almost exclusively, funded from the outset by their owners, family or friends. There is little point in these early-stage businesses trying to get help from banks or specialist funds. Unless the company has a stellar track record, third-party financiers will not be interested.

To highlight this point, the government has recently tried to help entrepreneurs by increasing access to new funds through a variety of schemes across the country. These have included: grants, both regional and national, that can be found at www.j4b.com; and loans, via the much trumpeted Enterprise Finance Guarantee (EFG) scheme through which the Treasury underwrites 75 per cent of the risk associated in banks making commercial advances to businesses.

The latter scheme has come under fierce criticism by entrepreneur support groups and the media. Among many other reports and investigations conducted soon after the EFG was introduced, Clifton Asset Management undertook an extensive survey at the end of 2009. Of the small-business owners surveyed, only 32 per cent had heard of the scheme and, of those, only seven per cent felt there was any point in applying.

Most worrying of all, only one per cent of entrepreneurs who applied for the government schemes, set up to help businesses access credit during the recession, received any help. The conclusion seems to be that trying to extract grants or government support for loans, particularly for businesses at an early stage of development, is often not worth the effort.

So new business owners have raided their own bank accounts, got everything they can from friends and family and the business is now up and running. What next?

As noted above, perhaps the most important step is to ensure extensive control of cash. Those who run businesses should know precisely where they stand with regards to the cash in their business and review this at least every week, ideally every day. It is not acceptable to delegate this task to someone else in the company as it is ultimately the responsibility of the entrepreneur/business owner to manage the cash situation. Sadly, unless the task is managed properly, there is a danger of losing membership in the ten per cent club.

If the new company has survived its first few years and now wishes to secure more funding, perhaps through a specialist third-party fund, who should the management team approach and what will improve their chances of success?

There have been volumes of journals and books written about how best to raise new funds but the details an investor will need include: a clear vision of where the company is heading; a strong management team that can demonstrate a good track record of delivery; and some realistic forecasts for the company, which include details of how the investors will be able to realise their return within say three years. The latter point cannot be stressed enough.

When raising funds, a business plan will not really suffice. It generally only considers what the company is trying to achieve whereas third-party investors are usually more concerned about their own position and how they can ensure an exit from the business within a few years, hopefully with some profit.

In 2010, the financial climate supporting the growth of early-stage companies is quite different to the way it was even two years ago. Banks have largely pulled away and even businesses with seemingly rock-solid plans are finding it extremely difficult to secure advances. In addition, many specialist third-party funds have moved away from earlier stage investments and are, instead, seeking the relatively calmer waters associated with more mature companies.

Interestingly, the void for earlier stage companies is being filled, in the main, by groups of high-net-worth individuals that have made money themselves and are now seeking the opportunity to support one or more ventures from the sidelines. In recent years, many business angel groups have become established and it is these agencies to which many entrepreneurs are seeking support.

So the free market seems to have done what it always does – found a way to fill the gaps caused by changes to its normal mode of operation. Let’s just hope that that the new groups of high-net-worth angels prove to be more suitable and supportive bedfellows than many of the previous supporters of early-stage companies! Perhaps in the future, we will see a rise in membership to the ten-per-cent club.

Les Green is an entrepreneur and specialist in the support and development of early-stage and fast growing companies. He is a private-equity consultant to Merchant John East Securities Limited (MJES). 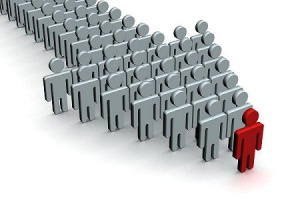 Who will play the biggest role in the upturn?