Before the announcement of the Autumn Statement, Osborne said he was “ready to commit new money, new infrastructure, new transport and new science” to support the north, promising to invest £7bn in the region.

“I grew up with the cliché that if it wasn’t happening in London, it wasn’t happening at all, he said. “And my time in Parliament has been shaped by another cliché: that the dice are unfairly loaded against the north; that our capital city to the south has sucked economic life and talent away from here.”

“Something remarkable has happened in Manchester, and in Liverpool and Leeds and Newcastle and other northern cities over these last 30 years too,” he continued. “The once hollowed-out city centres are thriving again, with growing universities, iconic museums and cultural events, and huge improvements to the quality of life.

With that being said, it is promising to watch the Chancellor’s plans to create a ‘Northern Powerhouse’ unfold. The commitment to invest in the UK as a whole, rather than just London, is both a welcome and necessary move.

“Since 2010, the UK has moved from 14th to second in the Global Innovation Index,” said Kathy McArdle, CEO of Nottingham’s Creative Quarter. “But if we are to meet our ambition to be number one, it’s absolutely crucial that we create opportunities for innovation country-wide.”

The first port of call was the One North report, which pulled together existing schemes and found new opportunities to invest in. In it, the City Growth Commission said: “If our closely geographically located cities can have the best transport between them, allowing their current, and potential future consumers and producers to feel part of one urban mass, then the benefits that typically accrue to London could be repeated elsewhere.”

The north showcases some of the best universities and teaching hospitals in the world. These cities, in a belt that runs from Liverpool to Hull all have strengths individually.

“On a global scale they are also quite small, said Osborne. “Manchester’s population is 2.6m. Leeds’ and West Yorkshire’s is 1.8m. But together our northern cities can be more than the sum of their parts.

“The last census found that the average commute of someone who travels into London from outside is 40 miles. If you make a circle of the same distance, and centre it here on Manchester, you’d have a catchment area that takes in Leeds, Sheffield and Liverpool,Lancashire, Cheshire and Yorkshire, and contains 10m people – more than Tokyo or New York. An area containing nearly 2m graduates is a huge pool of talent.”

So how do you build a Northern Powerhouse? You join the northern cities together. And it seems that transport is the key.

Of course, transport connections and infrastructure are still proving to be a blocker for many businesses in the north. This proved to be the primary concern for Sir David Higgins, who had been commissioned to improve east-west connections across the north.

Higgins recently told BBC Breakfast: “If you look at the two huge cities – Leeds and Manchester – less than half a per cent of the people in each city travel to the other city to work. So in this competitive world access to skilled people is crucial for cities to compete and a good, reliable, fast rail service will improve that.

“Rather than creating headline-grabbing policies, government resources would be better spent on smaller-scale schemes that deliver high returns for the taxpayer.”

Primarily, Osborne has announced the development of HS3 and the creation of a new body, Transport for the North, which will be in charge of the northern regions.

Alongside the Transport for the North, the government will construct a transport strategy that will include the costs and delivery of the HS3 east west rail connection. An interim report is expected in March.

The government is also looking at the possibility of accelerating the constructions of the HS2 Phase 2 route.

This couldn’t come sooner! Shockingly, it’s quicker to travel the 283 miles from London to Paris by train than it is to travel less than half that distance between Liverpool and Hull!

The government has also committed to introducing new modern trains and 20 per cent more capacity to end overcrowding.

It has also been reported that over £6bn will be invested in the northern road network. As part of this transformative package, improvements will be made to the A1 and trans-Pennine roads.

“The huge roads investment programme we’ve just started on will see upgrades to the M62, M1, A1 in Newcastle and Gateshead, and a new Mersey Gateway Bridge – with more schemes to be announced later this year,” said Osborne.

“We’ve backed the port of Liverpool, reversed the crazy decisions that blocked cruise ships there, and I want to see the Atlantic Gateway go from being a brilliant concept to a transforming reality.”

Resources have apparently also been found to expand the Metrolink.

The second thing that’s going to fuel the powerhouse is science and innovation – something that the north has plenty of as the region is blessed with world-class universities.

Osborne suggests that “many of them were founded by enlightened industrialists – today they are still leading the way in cooperation between academics and industry.
“We want to see science here turned into products here – and into jobs and growth here.”

A new Graphene centre is in Manchester and the government plan to build one of the world’s largest and fastest supercomputers, something that could rival China’s Tianhe-2.

And the National Biologics Industrial Innovation Centre is set to make the north one of the best locations for life sciences.

“We’re determined to cure the British disease of inventing things but letting others get the commercial benefit from them, with our new Catapult technology centres,” Osborne explains.

“Like the High Value Manufacturing centres in Rotherham and Redcar. We’ve got two new centres coming in Energy Systems and Precision Medicine and I will be very disappointed if at least one of them doesn’t come to the north.”

But that is just the start.

“Because I have taken difficult decisions I’m able to increase science investment in every year this decade. That’s £7bn for scientific investment in the next parliament alone.”

The government isn’t sure as of yet how the funding will be allocated.

Most of all, the government is convinced that the final thing you need in a powerhouse is, well, power. For example, “London has the advantage of a strong, recognisable city leader. The haircut that is recognised all over the world. Boris Johnson.

“There are big advantages in having an elected Mayor to represent your city. To fight your corner in the world.

“Wales has its own parliament, and can pass its own laws. But as the Centre for Cities point out, the economies of Manchester and Leeds are each individually bigger than Wales. But they don’t have a single leader who can speak for the whole area.”

This is why the Chancellor has been in negotiations with Greater Manchester in order to strike a historic deal.

Furthermore, according the agreement published by the government, the post of police and crime commissioner for Greater Manchester police will be scrapped and merged with that of the elected mayor.

Other powers will also be devolved, giving the GMCA control over budgets and business growth.

McArdle, however, still has her doubts about some of the finer points Osborne has set in motion.

“I’m concerned that this has not been matched with a commitment to assess the readiness of cities for further devolution,” she said. “The success of Greater Manchester’s investment in its own regional growth demonstrates what can be achieved, so why did Osborne choose to give control over business rates to the Welsh Assembly and not to local authorities?

“As the Chancellor said himself, science and technology is at the heart of the economic prospects for the north of England but this is also true of the Midlands and the South.

“Yes, we need a ‘Northern Powerhouse’ but we also need a ‘Midlands Powerhouse’ too if the UK as a whole is to maximise economic growth. A Midlands Powerhouse which includes the great Midlands cities, its infrastructure and airports and its strong civic and local authority leaders would build on the innovation and enterprise track record which the region is well known for.

“Only by giving local authorities the responsibility to invest in their own future will balanced national economic growth become a reality.” 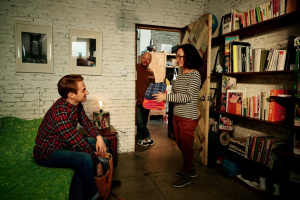 Why Airbnb gave away $1m in its latest marketing stunt 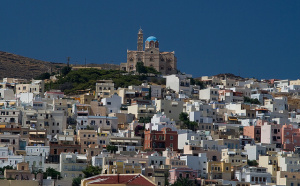