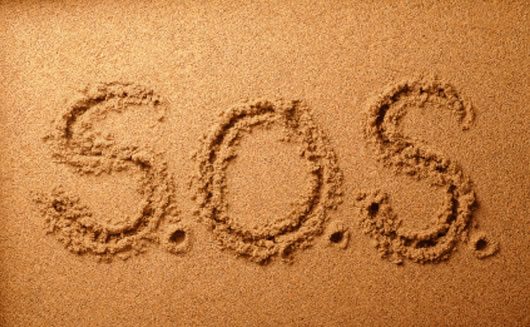 This recession has seen plenty of casualties; there’s no doubt about that. In hindsight, there should have been no surprises when we saw estate agents and conveyancing lawyers taking the hits. But they have not been alone in their pain.

Here is a true story of a company that should have ended up in the insolvency and bankruptcy courts – but didn’t. A recent client, a distributor of health products, felt the tide turning. Along with the general angst that accompanied the recession, the company’s key distributor cancelled its major income stream. The business was about to die. Or so it seemed. The business used the scan/evaluate/recommend/results process model to scrutinise, appraise, propose and check outcomes. It was clear that a fast response was crucial to the ensuing crisis. Over a period of six months, the key directors went through the four-step process as follows. Scan Forty years of success. Four years of squeezed margins. Two years of losses. Then the distribution contract, which represented almost 70 per cent of turnover, was cancelled. Nearly 100 people stood to lose their jobs. Evaluate The management and staff had dug themselves into deep ruts. It was a business defined by its past, so could it really be changed? And fast? And radically? And could it win new business? Who to keep and who to lose? What were the legal implications? The heart had no place here. It was survival of the fittest – or no survival at all. Some quick-and-dirty qualitative research among staff, customers, competitors, the media and trade associations produced one clear view of the company: lots of goodwill, little belief in its ability to change.  Success would depend on leveraging that goodwill, and demonstrating that real change was happening – and fast. Recommendations First and foremost: stop being Mr Nice Guy, and think survival. Brief heavyweight commercial lawyers to pursue compensation for the distribution contract cancellation. Immediately instigate redundancy proceedings for 80 per cent of the staff. Appoint a new management team with a new MD in his thirties. But cutting costs is never enough. The company had to redefine what its expertise was. It completely restructured its operations, refocusing on two core areas of expertise – and appointed new, and respected, heavy-hitter directors for each. Now it was possible to pursue new distribution deals with a real story to tell – and the response was gratifyingly positive. The company had proved it could change, while not losing all the “old” positives. Results A multi-million pound settlement of the legal dispute brought the company six months to re-establish itself. Several new distribution contracts were won, one of which was with a really prestigious brand leader. Over 50 per cent of staff still had jobs, and all those who left had full recompense. The company was revitalised. It had new sense of purpose – and a self-belief that had withered over the previous years. Suddenly, “lazy” sales people were delivering impressive results, and the new management team were really driving the business forward. The company was formally re-launched just six months after disaster struck, and the “new” company is a much better business than the old one ever was. It’s got a secure, profitable future. Crisis? What crisis? Robert Craven spent five years running training and consultancy programmes for entrepreneurial businesses at Warwick Business School. He is the author of business best-sellers Kick-Start Your Business (foreword by Sir Richard Branson) and Bright Marketing. He now runs The Directors’ Centre and is described by the Financial Times as “the entrepreneurship guru”. For further information, contact Robert Craven on 01225 851044, rc@directorscentre.com