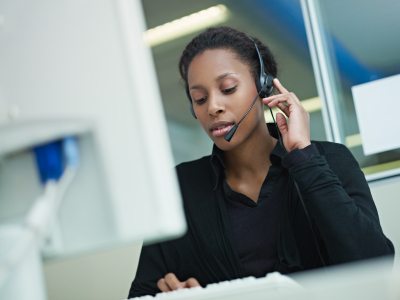 Like many people my age, I’ve worked in a number of call centres. Ranging from debt collection to market research, they’ve all been, for the most part, pretty similar. Automatic call systems, strict rules and massively target based. They can be pretty dismal places but their use of students and young people ensures a high level of employee turnaround (it’s not uncommon for companies in student cities to have a continuous recruitment process in effect). Few are there for a long-term career, so workers usually just put up with the environment until they can move on.

The problem with that is that it means minimal productivity, not only from a constantly refreshed workforce, but due to disinterest, lack of respect for the company and generally hacked off and annoyed staff. There are plenty of improvements that these call centres can make which will not only encourage employee retention but increase in productivity and quality of service for the customers.

One the biggest stalwarts of call centres nowadays is the automated call systems used. This is obviously done for productivity issues and stops workers from lazing about or not taking enough calls. It’s also quicker than the employee having to type in the phone number themselves. You can see why these systems are so commonplace; on the face of it they make perfect sense. You want to be talking to as many customers as possible in a day and automation will help you do that. This only applies to outbound call centres. Inbound call centres do use them as well in an attempt to eradicate the gap between one call finishing and another starting but that isn’t so much of a problem. The issue lies with a system that calls out and then throws all the customer’s details up on screen less than a few seconds before they answer. Now, with places that follow scripts this isn’t a problem. But it can be a big one in other circumstances. Take telephone debt collection for example. This is an issue that needs a little thoughtfulness in its approach. You’re contacting people of whom some might be going through some huge financial difficulties. If you want to succeed you need tact. You need to be able to keep your relationship with the customer as positive as possible for as long as possible. An automated phone system can wipe that out in seconds. They answer the phone and the worker is still looking up their details to figure out what they’re actually calling about. The employee attempts to speak while still trawling information and will end up sounding weak and uninformed. That means the customer will already be getting a bit frustrated. You have to remember that with big banks who offer lots of products the debt collection department deals with everything from current accounts to mortgages. This means a lot of information jumps up on screen making it quite difficult to search out the issue quickly. So in this situation, what do we get from an automated call system? A few seconds shaved off from prepping before the call and a customer getting annoyed before anything has even got going. Sure, there will be those who can deal with this setup and carry on seamlessly, but the benefits just don’t outweigh the possible negatives. You could be sure that giving staff a couple of minutes to not only look up the problem, but the customer’s communication history with the company will greatly increase their chances of success. A little bit of planning will go a long way here. This plays into a general idea of quality over quantity,which is becoming more and more important. Customer service is no longer internalised. Before, if a customer was annoyed, the furthest it would really get is a moan to their friends and families and continued communication with the company. Nowadays if even the first phone call goes wrong people will head straight online and tell their followers about it. This has the potential to spread very quickly and you often see companies frantically trying to solve problems that become visible in this way.

Of course, going for quality will increase call times and decrease call numbers. The thing is, a complaint about being on hold will not attract as much negative ire as one talking about how they were fobbed off, ignored or the poor level of customer service itself. Long hold times is an age old complaint that most people accept as a necessary evil. On the other hand, detailed individual cases of customer service going very wrong are much more interesting and more likely to be repeated. Not only can poor service be given a more public spotlight, but it’s just a simple fact that bad calls will proffer more calls. Being able to complete 1,000 calls in a day doesn’t matter when half of them are just going to have to call back about the same issue because they weren’t given the attention they needed. Remember, it’s easy to make stats look good using certain techniques, but great stats in themselves aren’t going to do much for your company in the end. In the end, this is all about striking a balance based on your call centre and your service. There isn’t a one size fits all approach, and there should be a move away from the emphasis on quantity. On paper it may seem like quantity is the right step, but in practice you risk making small issues into much larger ones while damaging your own reputation. Be brave enough to make some radical changes; the benefits may just be worth it. Joshua Danton Boyd is a copywriter based in Brighton. He writes on many subjects and is a regular contributor to Freelance Advisor.